Telling a child that they have cancer and explaining what that means is one of the most difficult conversations you can have with your child.

Shameel was diagnosed with acute lymphoblastic leukemia (ALL) at age 7. As a mother, I couldn't imagine my young, courageous boy, who appeared happy and healthy, not being able to do stuff like tennis, ice skating, piano, and swimming, which he enjoyed and had mastered. It was very shocking to me, and I was in denial for almost a month as cancer does not run in our family.

Shameel was diagnosed with ALL in December 2020 (his was a rare kind of cancer, B type). This all started in October 2020 when Shameel was diagnosed with severe COVID-19 effects along with a high-grade fever, which eventually got better by November 2020. He was fine for a couple of weeks, then late in the evening of December 3, 2020, he complained of wrist pain. Within 30 minutes, he again complained that he couldn’t move his left hand and left leg. All this happened so quickly and raised so many concerns, so I took him to the emergency room at Children’s Hospital in Plano. By the time we reached there and until midnight, we waited for the results. Finally on December 4, 2020, at 12:30 a.m., I was given the devastating news that Shameel had leukemia. That day our lives were turned upside down. We were completely heartbroken, numb, and in shock. So many thoughts ran through my mind, and I was very scared and terrified that I was going to lose my handsome boy. Shameel was taken to Children’s Hospital Dallas (the main hospital in downtown Dallas, Texas) for further tests that early morning around 1:30 a.m. It was there that reality kicked in, and we knew how unwell Shameel was; 95% of his little body was occupied with cancerous cells. Two days later, the confirmatory test results came back, and we had a blow from doctors when they said, "Your child has cancer." I remember feeling like I had been kicked in the stomach, and I heard nothing else from the doctor after we were told that. I kept telling doctors that maybe they got this wrong, and I was hoping that they got it wrong. But unfortunately, I was in denial and wrong. The next morning, he went into surgery to put in a port-a-cath, have a lumbar puncture and biopsy procedure done, and started chemotherapy. The first three months were tough as none of the chemotherapy worked on him. In March 2021, doctors had to send his comprehensive lab reports for further evaluation to find out the cause of this issue. Finally, at the end of March, a doctor talked to our oncologist about Shameel’s rare kind of chromosomal leukemia and discussed getting started on a targeted chemotherapy drug along with other chemotherapies. He was put on all those chemos right away. A bone marrow biopsy finally showed some improvements in June 2021. He is still taking all those chemotherapies along with blood products and other medications for side effects.

Shameel is a prankster, a fighter, and still has been fighting even though he can’t go anywhere and enjoy the summer. Shameel has been through so much already, which includes so many blood transfusions, months of admissions in hospitals, lumbar punctures, and biopsy procedures. We are so proud of Shameel's journey which is still going on ― some days are good, some bad, and some are worse, but he shows amazing resilience, courage, and bravery. He is very much attached to our dog Fluffy (a Shih Tzu), and Fluffy helps him calm down, cope with the draining side effects of chemotherapy, and divert his mind from chronic pain. 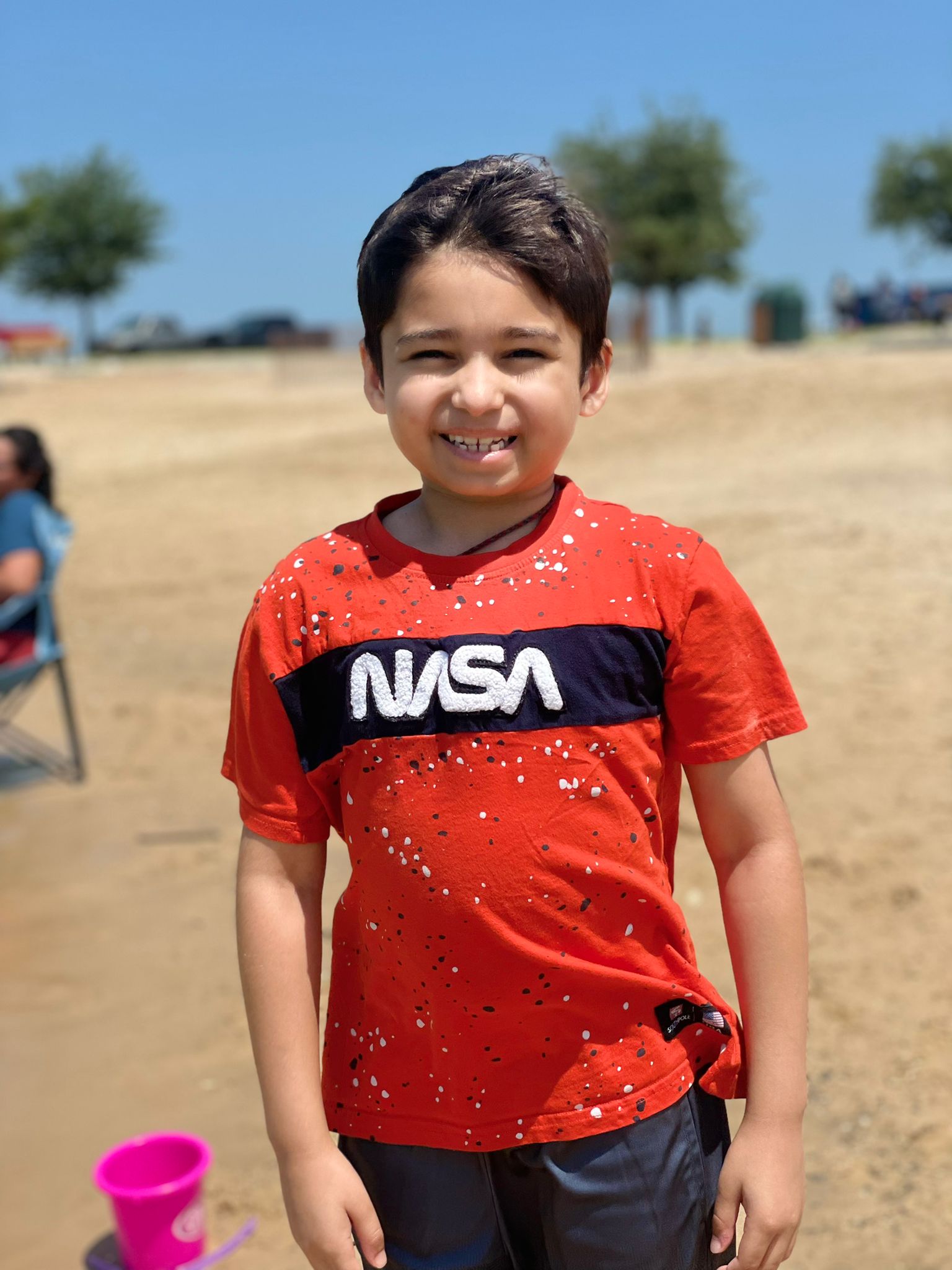