I am a 12 year survivor of acute lymphoblastic leukemia (ALL) and was heavily involved with LLS when I was a patient going through treatment. I was a part of the Honored Hero program during elementary and middle school and would go speak and tell my story to schools in the Cincinnati Tri-State area with my mother.

In 2002, I was named LLS Boy of the Year and it was a night I will never forget, mainly because I was going through a major mood swing from all the medication I was on. Little did I know that just two years later I would be considered cured of my cancer. I was able to do all of the things I was told I wouldn't be able to do during life after chemo.

I finished my collegiate football career at Heidelberg University in Tiffin, Ohio and am now in the master’s program and pursuing a coaching career in college football. I noticed that a big piece of me was missing. I hear stories of children going through their illnesses and I realized the thing I miss most is being a part of such a great organization. I want nothing more than to be a voice and help make a difference for those suffering and working through their illnesses. 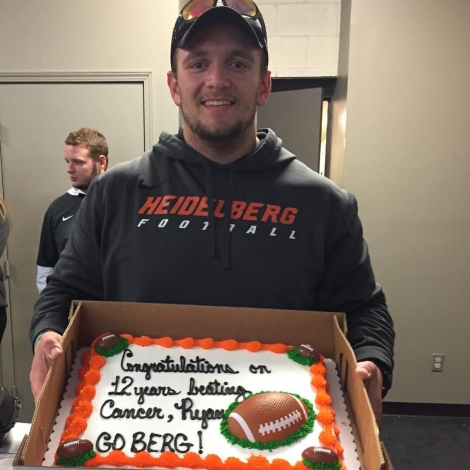