My first day of treatment was on July 18, 2018 at UCLA Medical. That's where I met Natasha. I was a bit nervous going in not knowing what to expect so the nurses connected both of us. That same day Natasha found out she was in remission and I couldn't be happier for her. We both were diagnosed with Hodgkin lymphoma, going through the same treatment, and had the same doctor.

Seeing Natasha full of energy and in remission gave me a lot of hope and that hope conquered any fear I had. Since we were on the same treatment cycle (she was a couple cycles ahead of me), we saw each other every Wednesday, twice a month and shared stories about our health and side effects.

Soon our conversations became much more than cancer. Even though we had the same illness, we realized we also shared the same interest in music and activities. What started off as two people with cancer, we now are friends on social media and occasionally see each other outside of the hospital at music shows. 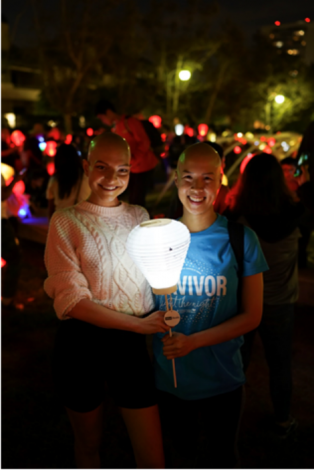