When Mary Elizabeth was 10 years old, she noticed a large lump on her neck. Her parents also noticed her lack of energy, but doctor after doctor couldn’t find anything wrong.

“On a family vacation, she wasn’t looking right, and we took her back to the doctor and insisted on bloodwork. The doctors were convinced it was mono,” said Mary’s mother, Mandy.

When the bloodwork came back, however, it showed that Mary Elizabeth had acute myeloid leukemia (AML).

Mary was admitted to the hospital and immediately started chemotherapy in preparation for a bone marrow transplant. After six months of chemo and a trip to the ICU for sepsis, she was finally able to get the transplant with her brother as the donor.

“A week after her procedure, Mary started to not feel well. She was in so much pain, and they couldn’t precisely tell what the issue was,” said Mandy. “They kept telling us there was nothing they could do. We were so frustrated, and we wanted to have her transferred to St. Jude Medical Center.”

They had a friend at St. Jude who got Mary accepted. There they discovered Mary had chloromas, malignant tumors of myeloid cells, on her spine. Her pain was excruciating, and she was close to being paralyzed. They started new chemotherapy, but it caused blisters over 90% of her body. At that point, the doctors recommended that treatment be stopped, but Mary did not want to quit.

When they learned that Mary’s father was able to be a donor for her, they did a second bone marrow transplant. It went well, but after a month, Mary was complaining of tailbone pain. A PET scan showed the mass was leukemia. They tried another experimental treatment using her mother’s bone marrow, but Mary kept getting chloromas.

“Mary told me that if she had to die so that other kids could live, she was okay with that,” Mandy shared.

About a month later, Mary’s lungs filled with cancer, and she passed away.

Mary’s parents were away from their other children for 17 months. When they rejoined the family, they all grieved and struggled to get back to normal. Being her first donor, Mary’s brother took it personally that he couldn’t save her.

“I want Mary’s life to have meaning, and I will spend the rest of my life sharing Mary’s story to make a difference,” concluded Mandy. 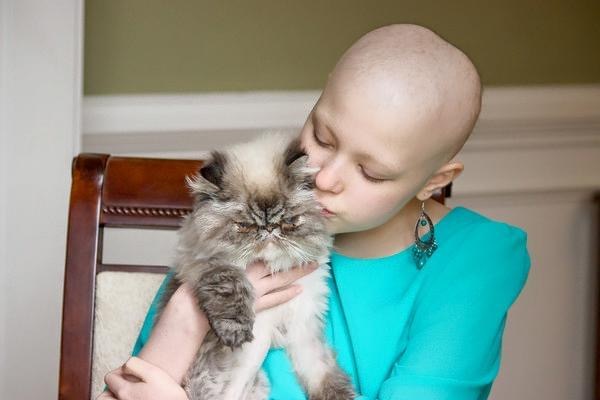