I was diagnosed with Stage 4 NH large B-Cell primary hepatic lymphoma in April, 2013. I was told by my doctor that this was a very rare form of lymphoma with less than 200 cases in the US. I had surgery to remove 90% of the right lobe of my liver as the tumor was very large at 16cm (initially I was diagnosed with liver cancer until they removed the tumor and the pathology revealed that it was NH lymphoma).

After recovery from the surgery I started aggressive chemotherapy (R-CHOP) and on my second round had a severe reaction. My colon perforated from the Vincristine. My prognosis wasn't good as I had to undergo another major surgery 2 months after recovering from my liver resection and left with little to no white blood cells to fight the infection.

It was touch and go for a while, but after a 6-7 week stay in the hospital recovering, I was finally allowed to go home. I had a temporary colostomy bag for 6 months, which was really the toughest part of my entire cancer experience. By January, 2014, I was able to go back to work.

Being a cancer survivor has changed my life in a positive way. Although, it was very hard, I was fortunate to experience such love and giving from family, friends, neighbors, even people I didn't even know cared about me. It was truly a spiritual awakening! Without the support from my friends and family I would never have made it through.

When I was first diagnosed with lymphoma, I had contacted The Leukemia & Lymphoma Society (LLS) to find out more information about my cancer, and to hopefully find some support. LLS put me in touch with Arlene, who is a survivor herself and still fighting. The First Connection Program connects individuals with someone who has had a similar experience. However, due to the rarity of my form of lymphoma, they had a hard time finding anyone. Luckily, Arlene came about, and had gone through the same treatment as me. I've never met Arlene in person, but that doesn’t stop us from still keeping in touch 6 years later. Hopefully one day, we will get the opportunity to meet in person. Arlene regularly calls me to check in, and has truly been one of the biggest supports during the worst time of my life.

I'm forever thankful that I had someone to not only talk to, but who also understood what I was going through. All due to LLS! 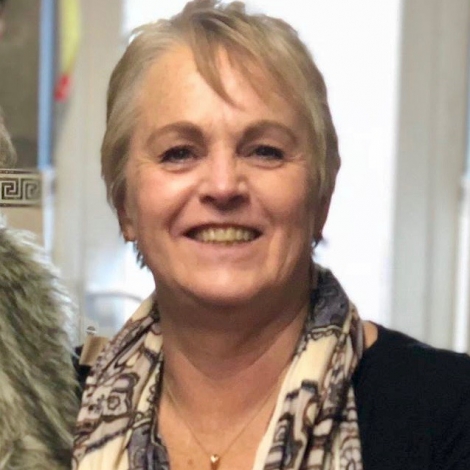