Our daughter Britta Wolfarth was 19 when she was diagnosed with AML. We were shocked because we thought it was a blood disorder due to her lupus. The same day for the guy diagnosed she started treatment at West Penn in Pittsburgh right away.

Britta underwent months of chemo and radiation. Britta had to have a bone marrow transplant. Her first owner fell through but the transplant team at West Penn never gave up and found us another donor 2 months later from the National Registry.

The recovery from the transplant was not an easy one. My daughter crashed three times but she has to survivor. She had to deal gvhd, mucositis, PTSD , radiation burns and many other side effects.

It has currently been 1.5 years since the transplant. She's trying to get her life back together and regain her freedom the cancer took away from her. She is starting to work a few hours a week and learning to drive at 22.

Eventually she would like to go to college and become a psychiatrist to help cancer patients. My daughter is my hero, my best friend and a survivor. 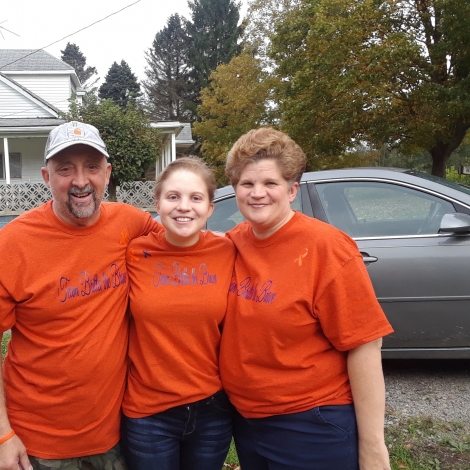