My cancer journey began on June 24, 2018. A month before that day, I'd experienced chest pains, night sweats, and shortness of breath. After scheduling a doctor's appointment, my primary physician determined that it was merely an upper respiratory infection. For a week, I took the medicine prescribed by my doctor, hoping that I would soon feel well again. With little to no signs of improvement, I scheduled another appointment for Monday, June 25th.

We didn't make it to that appointment, because on June 24th, I lost oxygen and passed out. I quickly regained consciousness, but we thought it would be best for me to get checked out. That night we went to the emergency room. The doctors discovered an unusual amount of fluid build-up around the lungs. They admitted us into the hospital. One overnight stay turned into a week-long hospital stay. After several lab tests, CT scans/imaging, a procedure that drained the fluid, and a biopsy, the doctors found a large mass in my chest. The doctors believed that this mass was cancerous.

We spent the next week at home, waiting for the biopsy results, but they came back inconclusive. We finally met with an oncologist who suggested a surgical biopsy for more accurate results. After another week in the hospital, we waited patiently to get a definitive diagnosis. On Monday, July 16th, we finally received a diagnosis, stage 4 Hodgkin lymphoma. The rest of the week was filled with more tests, scans, and procedures- all to prepare for treatment.

We started treatment on Tuesday, July 24th. I use the term we, because my wife has been by my side every step of the way. Although she could not fight for me, she was certainly the reason for me fighting so hard. Optimistic about my prognosis, I still wanted to do something that would leave a legacy, even if small. Therefore, we committed to sharing our journey to the world and working with newly diagnosed patients and their families. We also created "My Chemo Comfort (MCC)", a care box filled with a port shirt, "Cancer Sucks" beanie, Chapstick, tea and socks. Every month we would donate a box, because we wanted to make sure no one ever felt alone. While we do not donate a box monthly, we still donate at least 2 boxes per year.

I do not take this life for granted, and it was LLS that gave me the vision to serve and share love with those you know, and those whom you've just met. Our first LLS event was Light The Night (LTN) Houston. This event was life changing as it felt like a true community. I remember one of the speakers telling a story about how he wanted kids, but knew it would be tough due to his battle with leukemia at an early age. Fast forward 15 years, he is now married with children. That moment alone gave me hope. Hope that would sustain me another 3 years. I am pleased to announce that through IVF, my wife I'sis is 2 months pregnant. We are overjoyed that we were able to sustain life, and ecstatic that we've now created life. I take neither for granted. 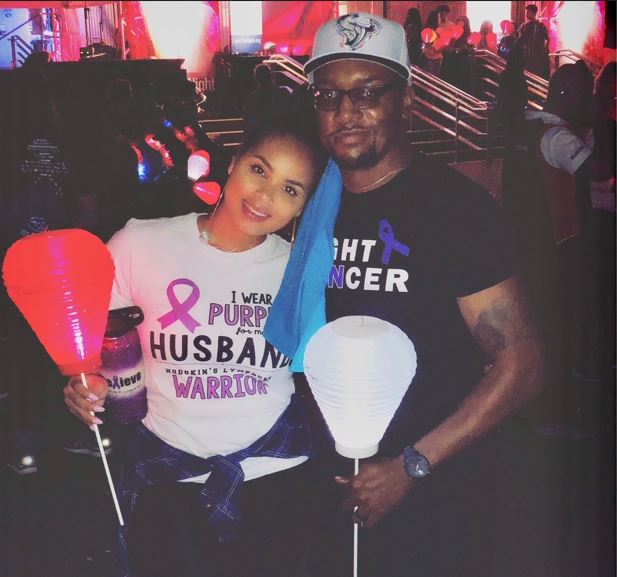