Jelien started showing signs in early July of 2018. She had bruises and cuts that were taking too long to heal. In November, she kept spiking fevers with no other symptoms, and the doctor suggested giving her Motrin and switching to Tylenol. In December, during her well visit, Jelien’s bloodwork came back with slightly low counts, but her hemoglobin was too low. She was admitted to the hospital for a day for observation, and her counts were recovering. She had a follow-up and was cleared.

In January, fevers came back, and we followed the same protocol of Motrin and Tylenol. However, after five days, her fever spiked to 106 degrees. She was lethargic and had lost her appetite. We took her to Urgent Care since it was after hours. When asked about her history, we mentioned her being anemic and the past fevers. They only checked her ears and mouth and determined this was all caused by an ear infection. She was given antibiotics and told to continue with Motrin and Tylenol. If by the third day she wasn’t well, we were to take her to her pediatrician.

Jelien didn’t show any signs of improvement, and that’s when I was worried. In the past, being the mother of seven, I could always handle the kids being sick and only visiting the doctor when absolutely necessary or if it was a well visit and vaccinations. With Jelien, it was a whole different experience, and I didn’t have answers to what was happening to my little girl. We visited the pediatrician, and she noticed tiny red spots all over her body, then Jelien’s nose started to bleed. The doctor tried stopping it by pinching her nose, but nothing was working. She mentioned that her platelets must be low, and we needed to take her to the emergency room.

When we arrived, the ER started working fast to see what was going on and explained to me about needing an emergency blood transfusion. Of course, this wasn’t easy to decide, having someone else’s blood given to my three-year-old was crazy! After they explained the process of what they do when they receive blood, I felt more at ease and consented. I never noticed how pale she really was until her color started coming back. While getting her transfusion, I was told that her bloodwork revealed that she had no immune system and was unable to fight anything, which is why she’s had a fever for so long. They ordered a bone marrow biopsy as they felt it could be aplastic anemia or leukemia. When these were mentioned to me at first, I didn’t think how bad they sounded as my mind was focused on her and the transfusion going on. I signed the consent forms for it to be performed the following day.

When Jelien went in for the biopsy, my mind was still all over the place, and it was worse when I was told that the results wouldn’t be back until Monday, as the machine was down. I stayed by her side while Dad was back and forth between the hospital, work, and caring for the older kids. Monday came, and her doctor came in. Jelien was feeling better, so I didn’t think much of it. He said they were waiting for official word on what was happening, but they had found traces of leukemia. He said he would be in later to discuss the findings. I decided to Google leukemia, and that was the worst thing I could have done. All I saw was a 5% chance of survival. I called my mom and my husband hysterical and urged them to come.

On January 30, 2019, the time came as I was holding her, my mom and husband were there with me. He said it is confirmed, that she has leukemia. My world came crashing down, and my mind just went numb. My mom explained afterward what the doctor said. Her treatment would be a two-year protocol. As time goes by, her road map would change depending on the results for each stage. First things first was port placement and a lumbar puncture.

Jelien rang the bell in March 2021 and finished her treatment on April 16, 2021. She continues her follow-ups, and so far, she’s doing well.

The Leukemia & Lymphoma Society (LLS) was very informative and continues to be so with all of the information they share with their newsletters. They also helped us out, especially when COVID hit, and our family needed it the most. We will forever be grateful for LLS, and we are so happy that her school district is currently raising funds for LLS. 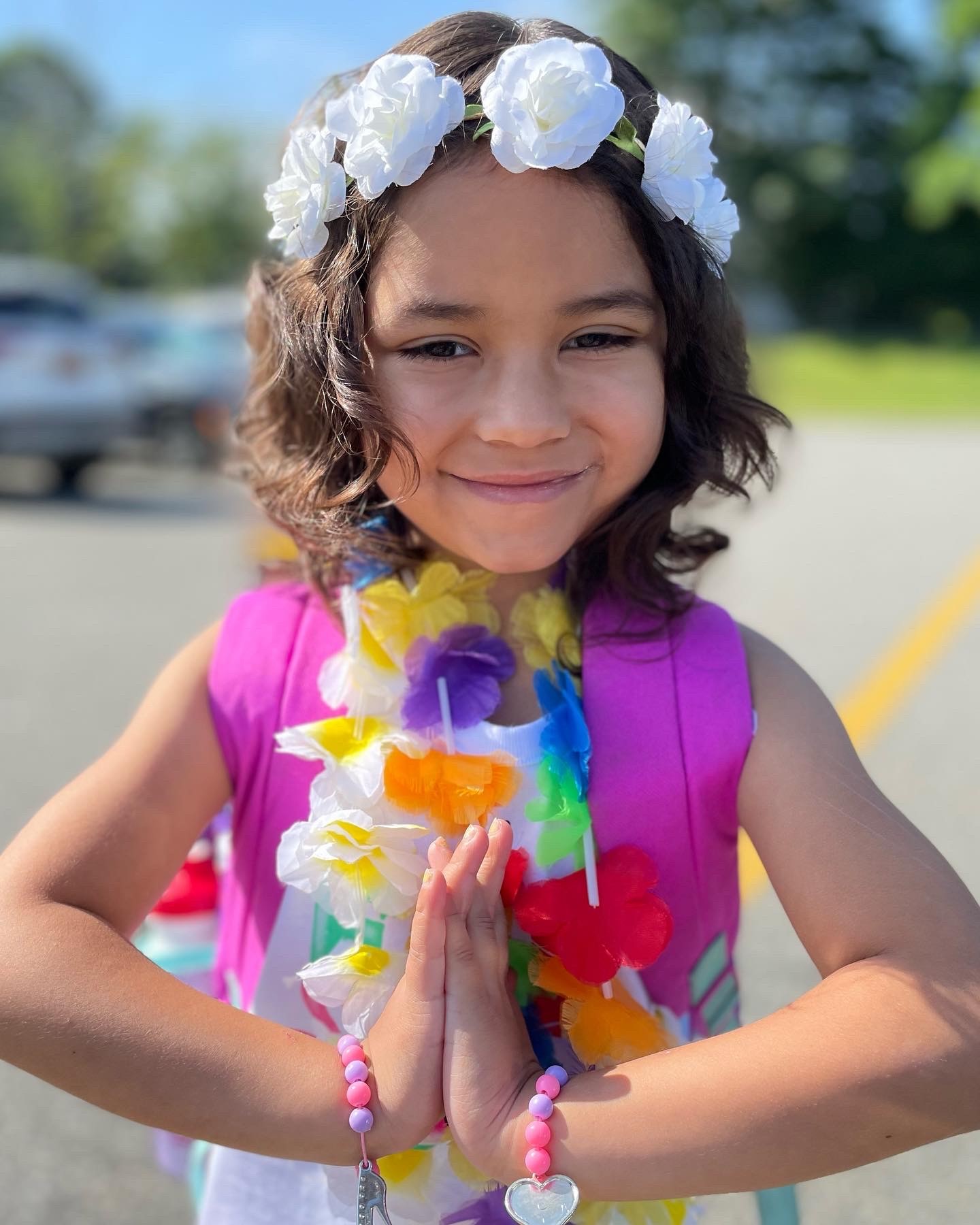