During my summer internship at General Motors in Flint, Michigan, I suddenly started feeling extremely restless. Soon after a lump the side of a golf ball appeared on my neck and I got an extreme sore throat. A doctor told me I just had a sinus infection and gave me Theraflu.

After days of not getting any better, the lump got larger and I ended up leaving my internship early. I immediately made an appointment to see my doctor and was told to get an ultrasound, CT scan and PET scan. The doctor didn't think that anything was wrong since I was only 21 years old and in good shape but just to make sure he wanted me to get a biopsy. I eventually found out I had Hodgkin lymphoma.

I was so scared, but the biggest part was wondering how to call and tell my mother. My parents and professors tried to tell me to drop out of school temporarily but I refused. I promised God and myself that I would beat cancer and still make it through my electrical engineering courses. It definitely was tough, Chemo every other Thursday as long my blood counts were okay, still going to class and doctors’ appointments, and a bone marrow test in my hip an hour before a test made myself think that I might have taken the wrong decision. There were times that I did want to quit and give up, but I believed that I had so much more to offer to the world and wanted to tell my story to inspire and help others that are struggling.

A year later, I was in remission and able to go back in school full-time and receive my degree in electrical engineering at the University of Akron after being in school seven long years. I married my beautiful wife Deanna in August, 2015, and I'm an electrical engineer at NASA's Glenn Research Center. I'm also a professional speaker and the founder of Inspired By Inspirations, LLC. 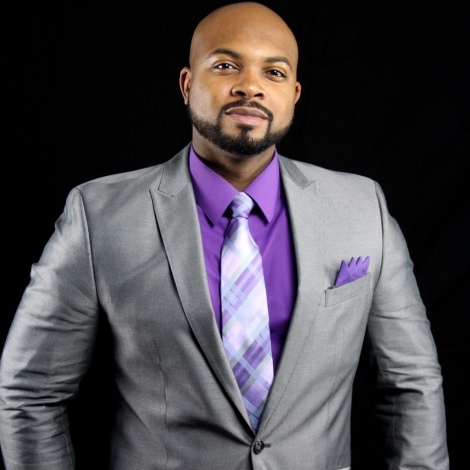