“I just wanted to let you guys know that I’m so supportive of everybody who likes my stuff even though not a lot of people like my stuff – like I’m not huge or anything – I’m pretty small. I just want to show you guys support, and even though I know most of it is just my friends, people I know, who I’ve met, that really helps when you see appreciation for things that you do.”

You all know him as Poké Daxi, but there was once a time when James Dax Brule was new to YouTube. This quote of then 18-year-old Dax (who had not even created the Poké Daxi channel at the time) would be so proud of how far he has come. Now having turned 21 and closely approaching 200,000 subscribers, the new viewer count continues to climb extremely fast. In fact, the Poké Daxi YouTube channel was only one day short of its first anniversary when Dax hit the well-deserved milestone of 150,000 followers. Even after achieving this success, he remains humble, honest, and grateful for the support. But even someone as awesome as Poké Daxi had to start somewhere.

A close friend in high school inspired him to start having an entrepreneurial mindset. As someone who liked to try fitting in as a kid, once his friend started taking photos, Dax took advantage of his sister’s camera around 2016, literally kicking off his creative career – yet, in the beginning, he found that his photos “weren’t good at all.” A lot of travel vloggers at the time started blowing up and inspired by this, Dax started practicing and taking lots of photos, too, to pursue this common interest. In 2017, Dax moved to video. His first video involved him skiing on the Canadian snow from behind a car. (Disclaimer: we highly recommend that you do not do this.) Highly inspired by travel photographer Peter McKinnon among others, he started posting more videos following in the footsteps of so many people who had also started pursuing photography at the time.

Dax and his friend also had a lot of ideas while this was going on. From clothing to music production, running these ideas out of his parent’s basement. All the while doing this, Dax started making photography video tips on his second channel based on what he learned from the photography videos he would watch, “which were pretty much copycat videos.” Although he didn’t really have the skills to back it up, he was telling people how to do photography videos – videos that are still up even now. His travel videos also continued to be uploaded and got better over time.

Post-graduation, he took a two-year gap year. He continued to work on the companies he had come up with his friend, but he was also working in a manager position clocking in 35-40 hours a week at a local fast food restaurant, posting tips, travel, and adventure videos – with basically no time. The grind was full-on, and it caused burnout.

“Seeing no results, especially when you’re working that hard, I was seeing 200 views max on these videos that would take like nearly a whole week to edit. I wasn’t monetized or anything like that, so I wasn’t making any money, and it’s a burnout. I’m not saying it’s easy to go ahead and grind for nothing, although it can be necessary sometimes, it’s not easy. It was super, super hard.”

Dax’s cousin, who lived across the country from him in Vancouver, called him up encouraging him to go a on trip to Europe that he’d been planning. So, on May 20 of that year, he quit his job, and together with his girlfriend and cousin, they left for Europe.

“It was a backpacking trip. We went to Eastern Europe. We backpacked for three months, we hitchhiked as well, sleeping in hostels, sleeping in people’s houses (edit: with permission). It was quite the experience.”

Dax returned home with a new perspective as a result of that trip, becoming vegan for eight months. After those first eight months, however, he became vegetarian and is still vegetarian now (almost two years at the time of writing). Since he had quit his job, he went back to the video grind. While he was away, his friend had restarted the production company they had been working on previously that Dax would later go on to work for.

The Poké Daxi channel is not his only job. He became a sub-contractor where he shoots and edits videos for the production company that his friend restarted while he was away in Europe. Although it was a company he had originally started (he even came up with the name for it and got it all rolling), he is now just a worker there – and he’s fine with that.

“I don’t think running a company is for everyone, so I went back to video grinding.”

With the extra time from having quit his management job, his videos mostly focused on tips, best apps to edit videos, and best tips for videos. All this would start the foundation for the channel that we would all come to know and love.

It started with an itch and a bunch of doctors not knowing what was wrong. It was really frustrating until he finally saw a family doctor who ran a few tests. They ended up finding out that Dax had Hodgkin lymphoma (HL), a cancer of the white blood cells. Don’t panic though – it was very treatable and in the early stages. Dax is now no longer immune-compromised (he was, but he isn’t anymore), so he appreciates the sympathy, but he doesn’t need it.

“It happened. Things in life happen. You can’t really do much about it. I got through it. I survived it, which I am super lucky and grateful for.”

This was followed by eight months of chemo which was understandably what he refers to as the hardest thing he has ever done in his life, something that he does not wish on anyone. Unfortunately, COVID started around the same time, which was extremely dangerous as he was compromised. If he were to get Covid, he “would be toast.” It just meant that he had to spend a lot more time at home since all he could do was go to his treatment and play Pokémon Go.

One thing that came out of all of this was that he rediscovered his love for Pokémon Go.

“I’ve played every gen except one, two, and seven.” (Gen 2 remake excluded).

His dad got him a Nintendo Switch – he wanted to try Sword and Shield and “not exactly sure how it happened, but I ended up downloading Pokémon Go again.”

Dax managed to get back into his old account from 2016; he’d played for about three months at the time it started. But it was an incredibly laggy game at the time, so this was when the real grind began for him. It was around April 2020 that he started playing again, grinding super hard, and he got to Level 40 incredibly fast.

“I’d been playing Pokémon for a long time, so I already knew the basis of how this worked.”

Pokémon Go was a welcome distraction. How he learned so much about the game was that for about six months, it was all he was doing.

“If you do something for six months straight, you’re going to learn so much about it.”

He stopped his other channel and didn’t really feel up to doing anything during those months except playing Pokémon Go, and work was out of the question. PokéDaxiMom also joined in playing. His family (of six) all started playing together, but it’s just him and his mom who still play now to this day. She is featured in a lot of his videos.

“I grinded Pokémon Go, and my life went back to normal after the treatment.”

October 20, 2020, was the creation date of what we all now recognize as the Poké Daxi channel.

“It’s such a revolutionary game there’s no game like it.”

Since Dax had possessed the skillset since 2017, he put everything he learned from photography and videos and combined that with his passion for the game.

The name “Poké Dax” was already taken, so out of respect to that trainer, he went with his nickname and chose Poké Daxi, as Daxi is a nickname he got as a kid. His first Pokémon Go video was a vlog for Duskull spotlight hour. Poké Daxi was not even originally a YouTube channel – it was just a Tiktok account. His TikTok channel now is over 200,000 followers. The videos on TikTok started doing so well. He had so much growth on that platform that he was even messaging other content creators, encouraging them to try it out too. He was posting three videos a day on TikTok, but for him, that wasn’t a long-term source of brand building. He then began an initial goal of posting one video per week on YouTube – which doesn’t seem like a lot – but consider that at the start of Poké Daxi, he was posting videos on three channels: YouTube, TikTok, and editing other videos for his work at the production company.

“That’s the story. I stayed consistent. I posted three videos a day on TikTok, and most of my time went into that.”

While he originally started posting one video a week on YouTube, he really has no set schedule with uploads (he is working on getting better at that!). Dax is more consistent with regular live streams (raid hour, spotlight hour, and also GBL), however, viewers recognize that Poké Daxi is well known for being efficient at delivering short concise videos with quick-fire information that always gets straight to the point.

“I try in my videos to share tips that people and other YouTubers aren’t mentioning – that’s pretty much my main goal – and then also on this channel, we just love giving you information fast. We are, I think, one of the fastest-growing Pokémon channels right now, which is absolutely insane. I can’t thank you guys so much enough. Seeing my hard work finally pay off. Four years earlier, I was just a little boy starting a channel. If I could see myself now, doing that and the success I’ve created – even if it’s a completely different niche – I would be so proud of myself. I am beyond happy that I’ve had success, and all my hard work has paid off ‘cause I have had a lot of times where I wanted to quit.”

Dax is also currently still doing school while editing, studying Business Fundamentals at Algonquin College in Ottawa, Canada, where he is from. His schedule right now is school, part-time Poké Daxi, and also shooting and editing for 3FiftyCo. 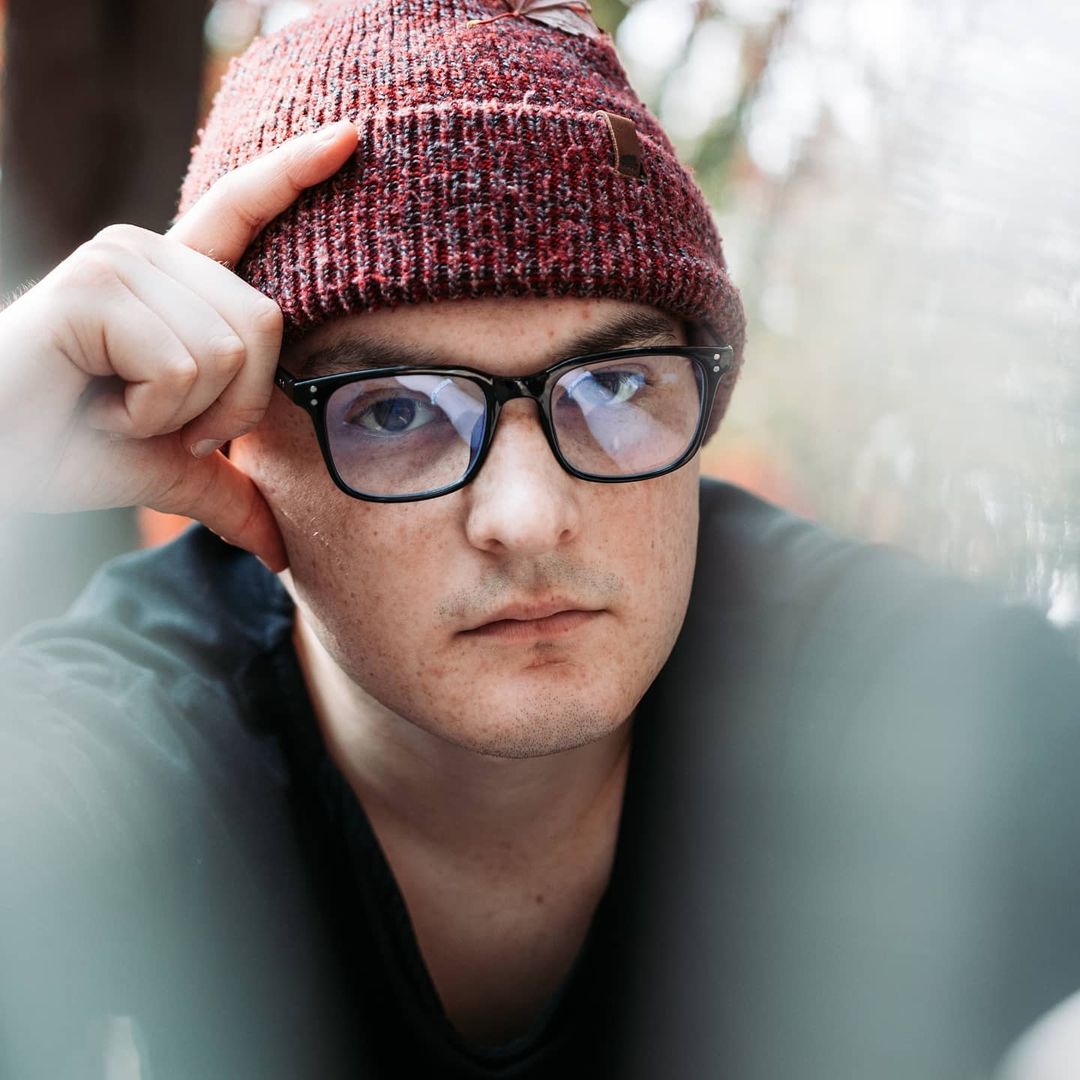