My story begins in October of 2018. I had recently graduated from college, moved away from home for the first time, settled into my own apartment, and started a full-time job. I felt like I was on the verge of greatness with all of these new and exciting beginnings in my life. I didn't know that I was about to have another massive beginning... the beginning of my battle with Hodgkin's Lymphoma. I was sitting at a cancer fundraiser dinner, anxiously twirling the spaghetti on my plate. I had a gut wrenching feeling in my chest that something was wrong.

Up until now, I had not grappled with the idea that I could have cancer as a 22-year old. As I looked at all of the people gathered around me to rally against cancer, I was forced to consider the dark thought I had ignored for so long. I left the dinner and drove immediately to the local Urgent Care. I was relieved when the doctor told me the lump in my neck was most likely an abscess. Then, I showed him the even larger lump under my left arm. I could see his face shift and immediately my stomach churned.

After a night in the ER, an excisional biopsy, and two painfully long weeks, I was officially diagnosed with Hodgkin's Lymphoma. I had to leave my job, my new apartment, and my brand new life behind in exchange for hospital visits, hair loss, and the most persistent nausea I had ever experienced. I underwent 6 cycles of ABVD treatment. When I was in the middle of treatment, it felt like time was frozen. I have been in remission for several months now, and it feels like time is flying by. Despite the physical, mental, and emotional struggles of chemotherapy, I underwent the most personal growth of my life during treatment.

I reconnected with old friends, made new ones, repaired damaged relationships, and ended bad ones. I put my health first, entered a period of much needed self-reflection, and learned valuable life lessons. None of us know if or when our health is going to be thrown a curveball. We have to fight for our lives and support others in doing the same. I was fortunate to discover the wealth of support, knowledge, and resources offered by the LLS early on during treatment. For every sad, angry, frustrated, or distraught moment that cancer causes, there is an equally joyful, relaxing, inspiring, and exciting moment ahead.

I live for each of these moments. I look forward to feeling the wind in my hair again when it finally grows back. I look forward to sharing the kindness and generosity that was gifted to me during treatment. Most of all, I look forward to making the most out of this life and bringing light to the darkness of cancer alongside LLS. 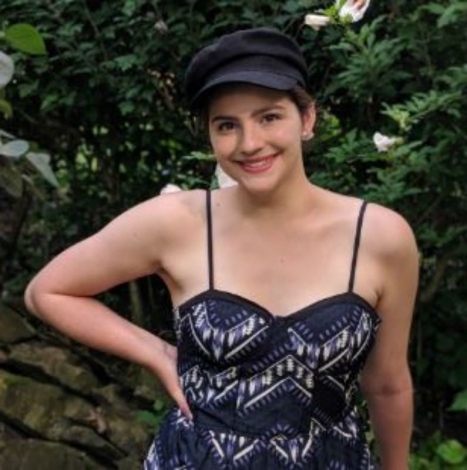