My dad, my best friend, lost his short 15-day battle with acute myeloid leukemia (AML) on January 23, 2008. Dad was 72, but not just any 72-year-old man. He had so much life in him. He was very active in his community and loved his wife (they were married for 44 years), his daughters (my sister and I), and especially his three grandchildren!  He lived every moment to the fullest and you knew he enjoyed life just by listening to his infectious laugh! He always had a smile on his face, a story to share, and those always needed words of wisdom to share. If there was a project he was invested in, he gave 110 percent. He and mom loved to travel, and did it often. My dad was also an avid bridge player and enjoyed teaching others how to play. He reached the Silver Life Master level with the ACBL.

In December, 2007, Dad just didn't feel well. He didn't get sick often as he didn't have the time. Life was too precious and there was too much to do. He thought he had the flu. When he went to the doctor on January 8 for his blood results, they noticed his white blood cell count was low. The doctor sent him to the hospital for further testing. I received a call at work that he was in the hospital. They were testing him for either leukemia or anemia. Unfortunately, the results showed the former. He was started on the most aggressive form of chemotherapy, which, unfortunately, got the best of him. He had it all planned out. He would still play bridge (he'd bring his own cards, gloves, and a mask), he would make it to his oldest granddaughter's bat-mitzvah (September, 2009), and travel with mom. As we know, the best laid plans don't always work out.

I didn't know the first thing about leukemia, or The Leukemia & Lymphoma Society (LLS). Funny thing, Dad did. Shortly after his death, mom and I found a donation check that he wrote to LLS several years prior to his passing.

I did some research and got involved. I am now on the Palm Beach County South County Board and a six-time Light The Night team captain (David's Achievers). This past year, I reached the $11,000 fundraising amount for LLS!

I miss my dad every day. We laughed, joked and disagreed with each other. He provided me the support and guidance to help me become the woman I am today. Thank you Dad! I love you! 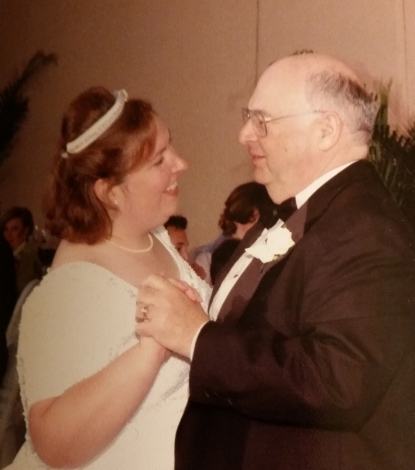