At the age of 14 I was diagnosed with stage 4 Hodgkin lymphoma. The doctors only gave me a 25 percent chance to live. I still remember the day I walked into the ER with my mom to get my CT scan done. Post exam, the doctor muttered,“You have cancer, but don’t worry just yet. The test tomorrow will let us know more.” Before I knew it, the next day, I found myself staring at the operating room ceiling, numb to the thought that it was all too real. Hours of surgery later, we found out the cancer had spread through my neck, entire chest and lungs. This was only the beginning.

For months on end, I underwent chemotherapy with my stage 2 chemo buddy. I can tell you one thing about chemo,  if you are going to puke your brains out and nearly die, then you might as well do it with someone who’s willing to join the party. But in all seriousness, the chemo was not taking like the doctors thought it would, and next thing I knew my percentage of survival had dropped and I became a Make-a-Wish child. By the time my wish to see the world had been granted, I was deep into radiation and down to 70 pounds. I was bald, bony and beat down. I hated being so weak I couldn’t pick myself up to get out of bed but above all I hated seeing my hair fall out, it was torture looking in the mirror.

To this day I am not sure I will ever know why cancer picked me. What I do know is the fight and the miracle it took for me to be here today. Before we knew it, 80 percent of the cancer just disappeared, miraculously, as if it had never existed. Over time, the skies had cleared and I couldn’t believe that the sun was still shining down on me. And not only did the sun shine but I ended up as a surviving Make-a-Wish child, a doctor of chiropractic, a traveler on mission trips around the world and an avid supporter of Team-in-Training.

There are a lot of things I don’t know but what I do know is this: Going through cancer was the biggest fall I had ever taken in my life; surviving it was the greatest struggle I have ever overcome. Looking back on it though, it dawned on me that I had gained so much more than growing my hair back. Surviving cancer made me realize how important it is to push forward as long as I am breathing and to never give in to fear or pain because there is always something bigger at stake. Life is too delicate, too precious—you should cherish it as long as you have it and fight for it as suddenly you may not. Because every day you get counts and the possibility of tomorrow is amazing. 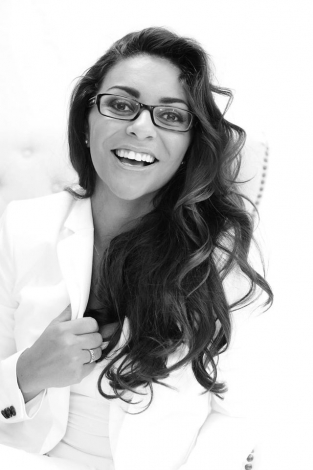