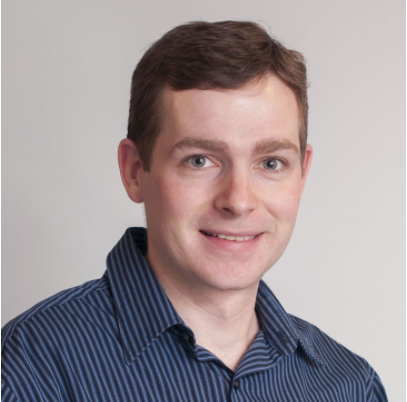 The winner of the first annual CDP Achievement Award in the Fellow category, along with $10,000 to be used for LLS mission-relevant research, is Dr. Peter van Galen. Dr. van Galen was awarded the LLS Fellow award in 2016 as a postdoc in Dr. Bradley Bernstein’s laboratory at Massachusetts General Hospital. Shortly after this award ended, Dr. van Galen transitioned to independence, opening his own laboratory at Brigham & Women’s Hospital.

As a young boy, Dr. van Galen saved up his allowance to buy himself a microscope and began exploring in his family’s garden. His drive to explore the natural world around him persisted through his early education and led him to pursue a degree in Biology at Utrecht University in the Netherlands. While working to complete his master’s degree in Cancer Genomics and Developmental Biology at this university, Dr. van Galen interned in the laboratory of Dr. Hans Clevers, who describes Dr. van Galen at the time as “a young man who was determined to conquer the world of medical biology.” Dr. Clevers recommended that Dr. van Galen complete his second undergraduate internship in the laboratory of Dr. John Dick, where his fascination with the blood system could flourish. Dr. van Galen describes this fascination, saying, “Decades of groundbreaking work revealed many features of the blood system, including stem cells with the ability to replenish all mature blood cell types.” Additionally, Dr. van Galen notes that the “experimental advantages” of blood, such as the availability of human samples and the ability to transfer cells from one organism to another, make it uniquely fit for novel research. By the end of his internship in Dr. Dick’s laboratory, Dr. van Galen decided to remain in this laboratory to pursue his graduate degree. Determined to learn as much as possible in his remaining time as an undergraduate student, Dr. van Galen focused his thesis on acute myeloid leukemia (AML) stem cell biology.

Dr. van Galen is grateful to have had the opportunity to earn his PhD in the laboratory of Dr. Dick, whom he regards as “a pioneer of human blood and leukemia stem cell research” as well as “one of the most pleasant people you’ll ever meet.” In the final year of his graduate program, Dr. van Galen’s work was featured in two prominent journals. Cell Stem Cell published his study on how blood stem cells balance blood cell maturation with the need to maintain a pool of self-renewing stem cells. Following this, Nature published a piece about the mechanisms by which a healthy pool of blood stem cells is maintained during cellular stress by eliminating unhealthy stem cells, and how similar mechanisms are not needed in more mature blood cells, which have a finite lifespan. Dr. Dick recounts that as a PhD student, Dr. van Galen was “exceptional” and exhibited a “natural instinct for science.” He notes how valuable Dr. van Galen was as a member of his laboratory and is confident that he will be “extremely influential” as an independent investigator.

Today, John Dick’s and Peter van Galen’s laboratories maintain a collaborative relationship. Their collaboration resulted in a 2018 Cell Reports publication demonstrating how blood stem and progenitor cells deal with the low levels of stress that cells often encounter and still maintain a healthy blood system. This publication, along with the two to which Dr. van Galen contributed as a graduate student, provides important information about how normal blood cells behave and give insight into how we might begin to think about therapeutic targeting of these pathways in the context of leukemia. Dr. van Galen’s research to understand these important questions continues to this day.

In addition to the academic and professional advancements resulting from his time in the John Dick Lab, Dr. van Galen formed strong bonds with his associates in the laboratory. “In fact,” he says, “I married another graduate student in the lab, Antonia Kreso, and a third of our wedding guests were associated with the lab.”

Dr. van Galen’s time as a graduate student in Dr. Dick’s laboratory also brought to light for him the importance of gene regulation in blood cell development as well as how this regulation is altered in leukemia. With this in mind, Dr. van Galen was determined to broaden the scope of his expertise. Rather than finding a lab specializing in hematopoiesis, in which he was already well versed, he set out to begin his postdoctoral training at a laboratory where he could learn about epigenetics (reversible modifications that affect genes) and computational biology. His search led him to the laboratory of Dr. Bradley Bernstein at the Massachusetts General Hospital in Boston, which he recognized as “an ideal environment for creativity and innovation” offering supportive mentorship in the exact areas of research he was hoping to study. During his time there, Dr. van Galen developed Mint-ChIP, a technology for multiplexed analysis of limited cell numbers, to explore the epigenetic modifications of hematopoietic stem cells. He then combined single-cell RNA-sequencing with genotyping to parse the cellular ecosystem of tissue samples collected from AML patients in order to better understand their heterogeneity. This research was published in Cell and provides insight into the complex interplay between genetics and the state of AML cell maturation. Given that recent research by LLS-funded Craig Jordan suggests that the FDA-approved drug Venclexta (a drug developed with significant LLS funding) has a differential effect depending on a patient’s AML maturation state, Dr. van Galen’s research provides the basis to better understand how we might confront the problem of AML heterogeneity for better personalized medicine. Dr. van Galen valued the computational components of this research as an opportunity for him to learn from collaborators in the lab. Likewise, Dr. Bernstein values the advancements that Dr. van Galen brought to his laboratory’s work and considers him a “thoughtful and generous scientist.”

After five years in Dr. Bernstein’s laboratory, Dr. van Galen set out to take the valuable skills and experience he gained there and use them to lead a laboratory of his own. His search for its location was met with several opportunities from a community that recognized his potential as an independent researcher. This process introduced him to many people with interests similar to his own. But the opportunity that would lead to the opening of the van Galen Lab arose in surprising fashion at a schnitzel dinner in Heidelberg. In attendance at this dinner were several investigators in the field, including Dr. Michael Milsom as well as former LLS Scholars Drs. Ross Levine, Ulrich Steidl, and Benjamin Ebert. It was Dr. Ebert who informed Dr. van Galen that Brigham & Women’s Hospital was expanding its Division of Hematology. The prospect of opening his lab at Brigham & Women’s was attractive to Dr. van Galen given its location in the Boston neighborhood of Longwood – an epicenter of hematological research where the potential for collaboration is vast. After interviewing with Division of Hematology Chief Dr. Nancy Berliner, Dr. van Galen was inspired to stay in Boston and start his independent career at Brigham and Women’s Hospital and Harvard Medical School.

In August 2019, Dr. van Galen opened his laboratory at the Brigham and Women’s Hospital, and he has a joint appointment with the Department of Medicine of Harvard Medical School. The van Galen Lab utilizes innovative experimental and computational technologies to study normal and malignant hematopoiesis, with a focus on myeloid leukemias. Additionally, his laboratory is working in collaboration with both the Bernstein laboratory and former LLS Special Fellow Andrew Lane’s laboratory at Dana-Farber Cancer Institute to investigate genetic evolution and pre-malignant stem cells through an examination of blastic plasmacytoid dendritic cell neoplasms (BPDCN). BPDCN is a rare blood cancer that can provide unique insights into cancer due to its development at different tissue sites.1 Dr. van Galen explains, “Although BPDCN patients present with skin disease, we found that blood progenitor cells in the bone marrow are at the root of the disease. We are studying how progressive changes in DNA mutations and gene expression determine the development of the disease as cells spread from the bone marrow to the skin.” Given Dr. van Galen’s single-cell RNA sequencing experience, the computational expertise of Volker Hovestadt in the Bernstein Lab, and Dr. Lane’s expertise in BPDCN, a collaboration among the three laboratories was mutually beneficial and is proving to be productive. They expect to publish their work on the relationship between the bone marrow and skin of BPDCN patients and how this affects the clinical course of the disease this year.

LLS congratulates Dr. van Galen on his accomplishments and is enthusiastic about the current and future work to come out of his laboratory.

1 The first FDA-approved therapy for BPDCN, Elzonris, was developed with LLS Therapy Acceleration Program funding. Follow this link to read an LLS blog post published during the clinical trial of this therapy.