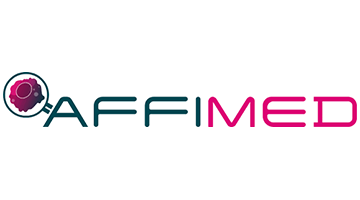 Heidelberg, Germany, March 10, 2021 – Affimed N.V. (Nasdaq: AFMD), a clinical-stage immuno-oncology company committed to giving patients back their innate ability to fight cancer, announced today its decision to continue enrollment in the REDIRECT trial (NCT04101331), which is evaluating AFM13 as a monotherapy for the treatment of patients with relapsed or refractory CD30-positive peripheral T-cell lymphoma (PTCL).

The decision to continue the trial followed a preplanned interim futility analysis. The interim analysis was triggered following enrollment of 20 patients in both Cohort A (≥10% CD30) and Cohort B (>1% to <10% CD30). The futility boundaries were derived from response rates for previous therapies that have received accelerated approval in relapsed or refractory (R/R) PTCL. The futility analysis demonstrated that the response rate in Cohort A achieved the predefined threshold for continuation of the study. The response rate in Cohort B was sufficiently comparable to allow merging of both cohorts into a single cohort for all patients with CD30 >1%, per the study protocol. Evidence of anti-tumor response was observed in both cohorts with complete and partial responses. The safety analysis was consistent with previously reported data from Affimed’s Phase 1 trials of AFM13, with infusion related reactions (IRRs) representing the main side effect. Following the introduction of mandatory premedication, IRRs were markedly reduced, resulting in fewer dose reductions and a trend towards better activity.

AFM13 is also being evaluated in combination with cord-blood derived natural killer cells in CD30-positive lymphomas at MD Anderson Cancer Center (MDACC). Initial data from this investigator sponsored study will be presented at the American Association for Cancer Research (AACR) Annual Meeting in April 2021.