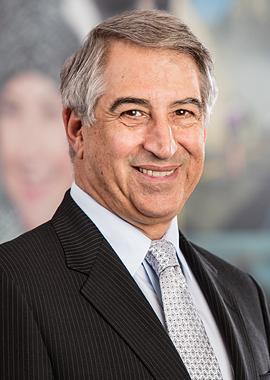 Louis J. DeGennaro, Ph.D., is president and chief executive officer of The Leukemia & Lymphoma Society (LLS), a global leader in the fight against cancer. Dr. DeGennaro leads the mission and operations of this $400 million cancer patient advocacy agency with headquarters in Rye Brook, New York.

Dr. DeGennaro has been a member of the LLS executive leadership team since he joined LLS as chief scientific officer in 2005. He was named LLS chief mission officer in 2009, with responsibility for leadership of all of LLS's mission functions, including research, patient education and support, public policy and advocacy. He was named president and CEO in September 2014.

Dr. DeGennaro has devoted his career to saving lives through drug discovery – first in academic research, later directing drug development at several pharmaceutical companies. At LLS he has found the perfect intersection of science and patient care, overseeing the funding of cutting-edge research, supporting patients and engaging in patient advocacy work. In addition to providing leadership and vision for his staff, he is committed to keeping a significant constituency of volunteers motivated and dedicated to the organization. 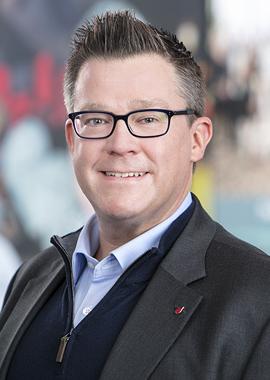 Dunmire comes to LLS after more than 20 years at Gap Inc., having served in multiple roles and functions across Gap, Old Navy and Banana Republic. In his most recent position as senior vice president of stores, his purview included oversight of 750 stores across the United States and Canada with revenue in excess of $2 billion. Throughout his career, he’s developed and executed comprehensive business and operating strategies across staff, customers and stores, leading to top-line sales and gross margin improvements.

Dunmire has a bachelor’s degree in marketing from University of South Florida, where he currently serves as a member of the alumni association board of directors. 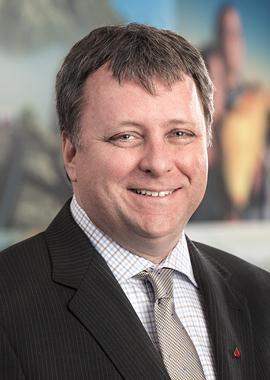 As chief financial officer, JR ensures that LLS achieves the ambitious financial goals of its long-range strategic plan. Miller leads the finance organization and risk management and is responsible for enhancing LLS's financial efficiency and effectiveness in partnership with the organization's executive team.

Throughout his 20-year tenure at LLS, Miller served as a regional vice president, overseeing ten chapters across the U.S., and as vice president of field operations, in which he was responsible for management of LLS Canada. From 2015 to 2018, Miller served as CEO of PearlPoint, an online service that provides nutritional support for cancer patients, which he has since integrated into LLS’s family of patient support services.

Prior to joining LLS, Miller was in corporate accounting with David C. Cook, a nonprofit publishing company, and an internal auditor for Farm Family Insurance Companies.

Miller holds a bachelor’s degree in accounting from Gordon College and is a member of the American Institute of Certified Public Accountants. 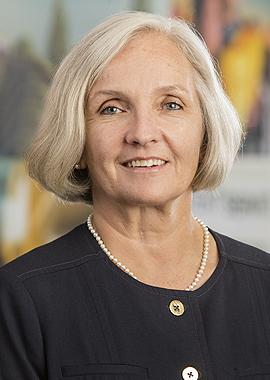 As LLS’s chief medical officer (CMO), Gwen Nichols, M.D., plays a critical role in advancing cures through a unique combination of clinical, academic and pharmaceutical experience. She oversees LLS’s scientific research portfolio, patient services and policy and advocacy initiatives. A physician and scientific researcher, she has dedicated her career to advancing cures for cancers.

Most recently, Dr. Nichols was oncology site head of the Roche Translational Clinical Research Center, where she worked to develop new cancer therapies, translating them from the laboratory to clinical trials. Prior to joining Roche in 2007, Dr. Nichols was at Columbia University for more than ten years, where she served as the director of the Hematologic Malignancies Program.

While at Columbia University, Dr. Nichols maintained an active clinical practice and received the prestigious honors of “Physician of the Year” from Columbia University and the “Humanism in Medicine Award” from the American Association of Medical Colleges.

Dr. Nichols trained in internal medicine at the University of Chicago and completed post-doctoral research and a hematology-oncology fellowship at Memorial Sloan-Kettering Cancer Center where she was an attending physician. She received her medical degree with honors from the State University of New York at Buffalo. 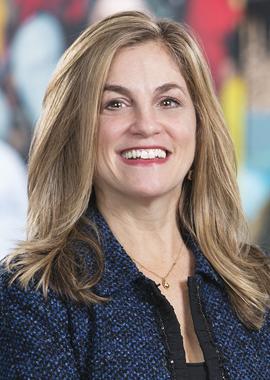 As general counsel, Dale Nissenbaum is responsible for legal strategy and compliance, and supports LLS’s National Board of Directors in developing and maintaining best practices in governance policies and procedures.

Nissenbaum brings to LLS more than 20 years of in-house and corporate law firm legal experience. Since 2012, she served as general counsel for Brunswick Group, LLC, a global communications firm, where she served as a strategic partner and advisor to senior leadership on legal and business issues. Nissenbaum has extensive experience in complex business transactions, critical contract negotiations, business strategy development and litigation.

Nissenbaum has a bachelor’s degree in history and political science from University of Pennsylvania and earned her Juris Doctor degree from Columbia University School of Law.