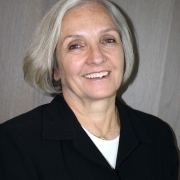 Not for lack of trying, we’ve seen very little progress over the past 40 years in treating acute myeloid leukemia (AML), an aggressive and deadly blood cancer. But we’re finally starting to see the needle move and The Leukemia & Lymphoma Society (LLS) is playing a leading role in going on the offensive against the disease.

LLS launched an unprecedented precision medicine clinical trial in October – the Beat AML Master Trial - that is employing advanced genetic technology to identify the underlying molecular drivers of the cancer and directing patients to investigational targeted therapies for their subtype of the disease.  In a first for nonprofit cancer organizations, LLS is the sponsor of the trial, convening multiple cancer centers, researchers, pharmaceutical companies, a genomics company and the Food and Drug Administration (FDA) – all teaming up to take on this lethal disease that takes 10,000 lives a year in the United States alone.

Four sites are currently enrolling patients and we are on track to have ten sites open around the country by the end of June. There are five study arms open now - each testing a different therapy in patients based on their particular genetic mutation.  By June we aim to have ten arms open.

A New Targeted Therapy for AML

And we are finally seeing other progress in AML. On April 28, the FDA approved a new targeted therapy for AML. With the exception of gentuzumab ozogamycin (Mylotarg ®), which was FDA approved in 2000 and withdrawn from the market in 2010 because of its toxicity, the approval of this new drug, midostaurin (Rydapt®), marks the first significant advance for AML patients 40 years.  It is also among the first targeted therapies for AML. Midostaurin is approved in combination with chemotherapy for a subset of patients with a mutation called FLT3. Approximately 30 percent of the 20,000 patients diagnosed in the United States each year with AML have the FLT3 mutation, which is associated with an especially poor prognosis.

Adding midostaurin to the treatment picture is, indeed, an encouraging step for AML patients, and is further proof that we are headed in the right direction by taking a precision medicine approach to conquer this cancer. For too long, we’ve treated AML as a one-size-fits-all disease and that needs to change.

LLS funded much of the earlier preclinical and clinical work of researchers who helped identify midostaurin’s effectiveness in killing FLT3 AML cells.  Drs. James Griffin and Richard Stone, and other colleagues at Dana-Farber Cancer Institute, Memorial Sloan Kettering Cancer Center and other institutions, received LLS funding for this through our Specialized Center of Research and other grants. Both doctors credited LLS’s impact on their work in advancing midostaurin.

Richard M. Stone, Dana-Farber Cancer Institute: "“A long awaited step forward is the approval of midostaurin plus chemotherapy in FLT3 mutant AML based on the results of the CALGF/Alliance 10603 cooperative group trial,” said Dr. Stone. “In addition to that important clinical research, this advance would not be have possible without the pre-clinical laboratory work demonstrating the role of FLT3 activation in AML biology and its potential interruption by small molecule inhibits that was funded in part via LLS support.” 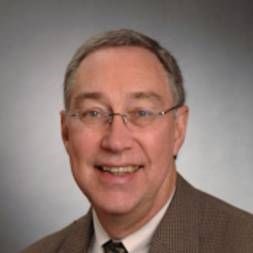 James D.Griffin, Dana-Farber Cancer Institute: “It is very gratifying to see that midostaurin has been shown to improve survival in AML patient with mutations in the FLT3 gene.  I am very grateful to LLS for all their support of leukemia research in my laboratory helping to make advances like this possible.”

And we’re seeing more encouraging advances for AML. Since 2009 LLS has supported Celator Pharmaceuticals (acquired last year by Jazz Pharmaceuticals) in their development of CPX-351 (Vyxeos TM), an innovative reformulation of the standard chemotherapies that optimizes the ratio and delivery of the drugs. The therapy outperformed standard care in an LLS-supported Phase 3 clinical trial in older patients with a high-risk subset of the disease. Jazz submitted the therapy to FDA for review in March and it stands a good chance of being the second AML therapy FDA approved this year.

LLS invests more than one quarter of its research budget annually in AML research – more than $100 million over the past five years -  and beyond the Beat AML Master Trial, we are currently supporting approximately 60 preclinical and clinical AML projects.

We still have a long way to go before we start seeing improved survival rates for patients diagnosed with AML, but after four decades and millions of dollars invested, we are finally seeing results that give us real reason for optimism.