Getting the courage to work out is often harder than the workout itself. This is especially true when fitness plans include goals that are hard to measure. Fortunately, through a special partnership with Fitbit, many women in The Leukemia & Lymphoma Society's (LLS) Moms In Training program are learning to better manage their workouts and track their progress.

LLS teamed up with Fitbit for the second time this year to help Moms In Training participants stay motivated while getting in shape for a local run or walk. Fitbit’s activity trackers automatically track daily steps, calories burned, distance traveled and active minutes. Most also track floors climbed and sleep duration and quality. The more advanced products track heart rate and GPS-based information, and incorporate smartphone integration like text and call notifications.

Rachel Spurrier, a head coach in Brooklyn, New York, is an experienced runner who, until recently, never used a tracking device. She finds the Fitbit Charge HR pretty addictive, even when she’s not training because it tracks her steps when she’s doing errands, going to meetings, etc. During a recent coaching session, the moms were able to track their heart rates during difficult hill repetitions. One woman was feeling particularly nervous, but picking up the pace and heart rate each time – and having the data to prove it - ultimately 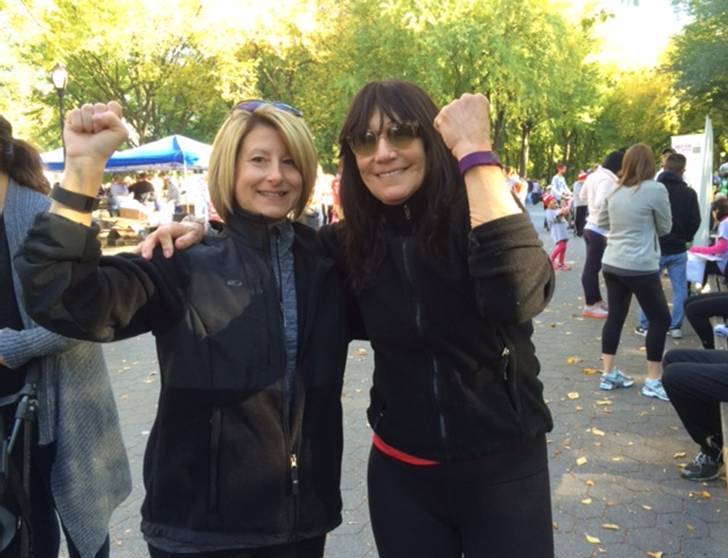 helped her finish with a smile on her face.

“This mom will probably feel even more motivated about her fundraising efforts this week, she’ll probably have more energy to devote to her kids, and she also realized that by working a little harder, she feels so much better about herself and her outlook on her day,” Spurrier said.

Lois Adelman has been an avid Fitbit user for the past two years. Last year, she created a group for fellow trainers who called themselves “Fitbit Friends” to keep each other on track even when they weren’t training together. This year, they took their training up a notch and formed a group of “Fitbit Fighters” to track their daily goals and keep each other motivated.