“What is multiple myeloma?” Those were my words after the doctor’s review of my lab results for a routine and random high blood pressure exam in November 2008.

I had always been healthy, had never been in the hospital, never even broken a bone. I was in great shape: a 46-year-old high school biology teacher, head softball and volleyball coach, with a beautiful young family including two teenage daughters. I got not only cancer, but an incurable form of cancer. The diagnosis was confirmed the following week by a bone marrow biopsy. My marrow was 83 percent cancer cells, yet I showed no typical symptoms such as weak or breaking bones. I was extremely anemic, but it was not preventing me from coaching. I had no clue I was sick.

My oncologist started treating me aggressively with chemotherapy twice a week -- intravenous Velcade and dexamethasone. I still taught every day. Some days were not so great. After four months I came down with my first case of pneumonia. Within two days it developed into ARS (acute respiratory syndrome,) and I was placed into an induced coma. My major organs all began to shut down. I was in ICU for more than three weeks. That was when my doctors decided it might be best to take me off life support.  My wife, JoLynn, voiced just one opinion, “Oh, Hell no! Steve will overcome this.” The doctors decided to keep me on life support that night and try plasmapharesis. Sure enough, my vital signs began to stabilize. Within two weeks, after learning how to walk and eat again and a bit of dialysis, I was out of the hospital. 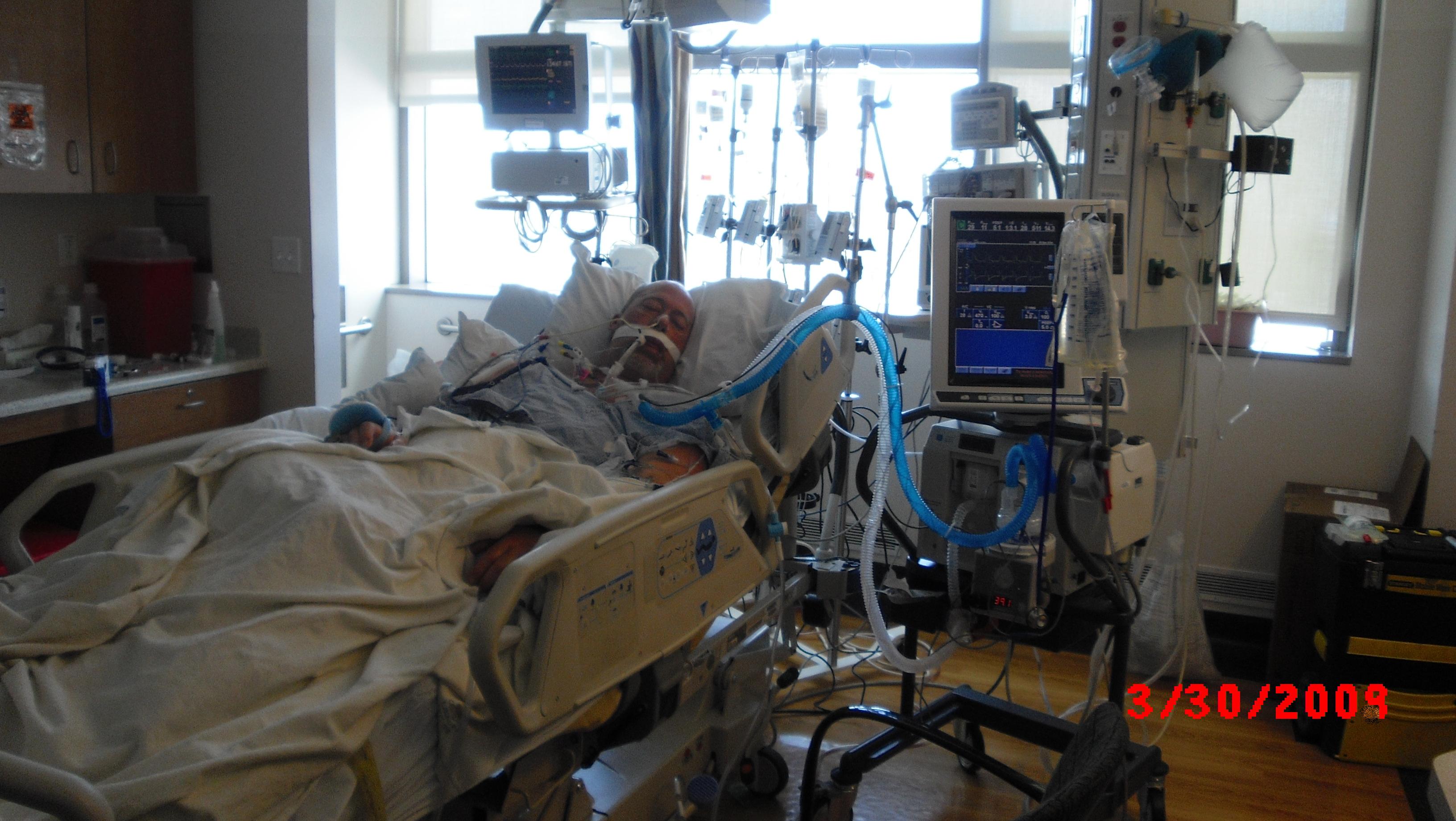 Later that summer, with continued treatment, my cancer levels all of a sudden plummeted more than 90 percent. I continued weekly chemotherapy treatments, adding oral Revlimid to my treatment plan, and continued for over six years. I taught most every day, and even coached a bit. The battle was easy knowing I was given the chance to watch my daughters graduate both high school and college. I even walked one down the aisle at her wedding. Life was somewhat normal. All you have to do is battle.

Last spring when my body started showing resistance to Velcade and Revlimid, my oncologist thought one particular drug might be effective.  Panobinostat, in conjunction with high doses of dexamethasone, was still in the last stages of trial. It nearly killed me. I went into complete metabolic meltdown, developed a lethal case of C. diff., and lost 30 pounds due to muscle wasting, But, like my other “close calls,” I battled through. Next, we tried carfilzomib. It too had no positive effects. The cancer was rapidly returning. We decided to now do the stem cell transplant route of treatment.

In November 2015, I had an autologous stem cell transplant performed at the Huntsman Cancer Institute in Salt Lake City.  It was a great success.  My cancer levels dropped from over 60 percent in my bone marrow to less than 1 percent. I am still physically recovering from the transplant, but am feeling like the cancer has released its hold on me.

“How do you get through day after day?” This is what I am asked most often.  After accepting the fact that this cancer happened to me, I chose not to let it beat me.  I call it “my battle.”  Make no mistake, there are times when it is so hard to get through, things don’t look too positive, it hurts, you feel tired, sick, weak, and maybe want to give up. You have to battle through. You have to believe it will be okay. It is times like now, when I am feeling stronger and positive, that I know I have, and can, battle through the rough times. I look around me and see why I am fighting.

I do know this:  I am here for a reason.  I did not die in the spring of 2009, or after developing pneumonia another seven times, or after the panobinostat trial, or even when I developed a serious staph infection in my “port.” I am here, still battling. I have hundreds of student’s lives yet to touch. I have dozens of friends supporting me. I have my family always by my side. So much to live for.

I know that with continued research, much of it funded by The Leukemia & Lymphoma Society (LLS), new drugs and therapies are on the way. Gene therapies WILL be not only treatments, but CURES to most blood cancers. I (we) only need to hang on for a few more years. Trust in a cure. I’m in. I’ll battle.

A recent trip to Greece with the family