A second birthday card. Not something anyone really thinks about too much I suppose. I, on the other hand, used to stare at them. I would walk down the card aisle at Target and just stare at them. I had to buy one for my second cousin once. I cried all the way through the checkout line. I guess my brain never let me believe we would get there; my heart told me otherwise.

I guess we should all listen to our hearts more. Eevie has reached "the big two" and we feel dumbfounded, blissful, and very humbled. I thought we were lucky when we reached one (so lucky in fact that after that milestone, I found myself engaging in corny superstitious rituals to generate more luck). It certainly wasn't all luck that brought us to this day. Eevie has irrefutably lived up to the meaning of her name, "life warrior." She tends to do everything opposite of what the doctors say. They said she would not make it to two, she did. They said that the high dose chemotherapy would likely have major effects on her organs, it didn't.

Looking back at the past two years is like looking down from Mt. Everest. It has been a rough, cold climb to the top and we still have to make it back down the mountain. Doctors said maintenance therapy would be great, it wasn't.

Eevie has had an extremely rough time on maintenance therapy. She had a rare reaction to the low-dose chemotherapy which caused extensive hair loss, major gastrointestinal issues, and a serious skin rash. In August, Eevie began dropping weight rapidly; she lost about three pounds, plummeting to 15 pounds. Her rash began causing her pain and great discomfort. As it progressed, it caused swelling in her joints and her skin to break open around face, fingers, wrists, toes, and ankles. We saw about 20 different doctors locally and in throughout the state for the first month and a half.

As her condition continued to worsen, we admitte 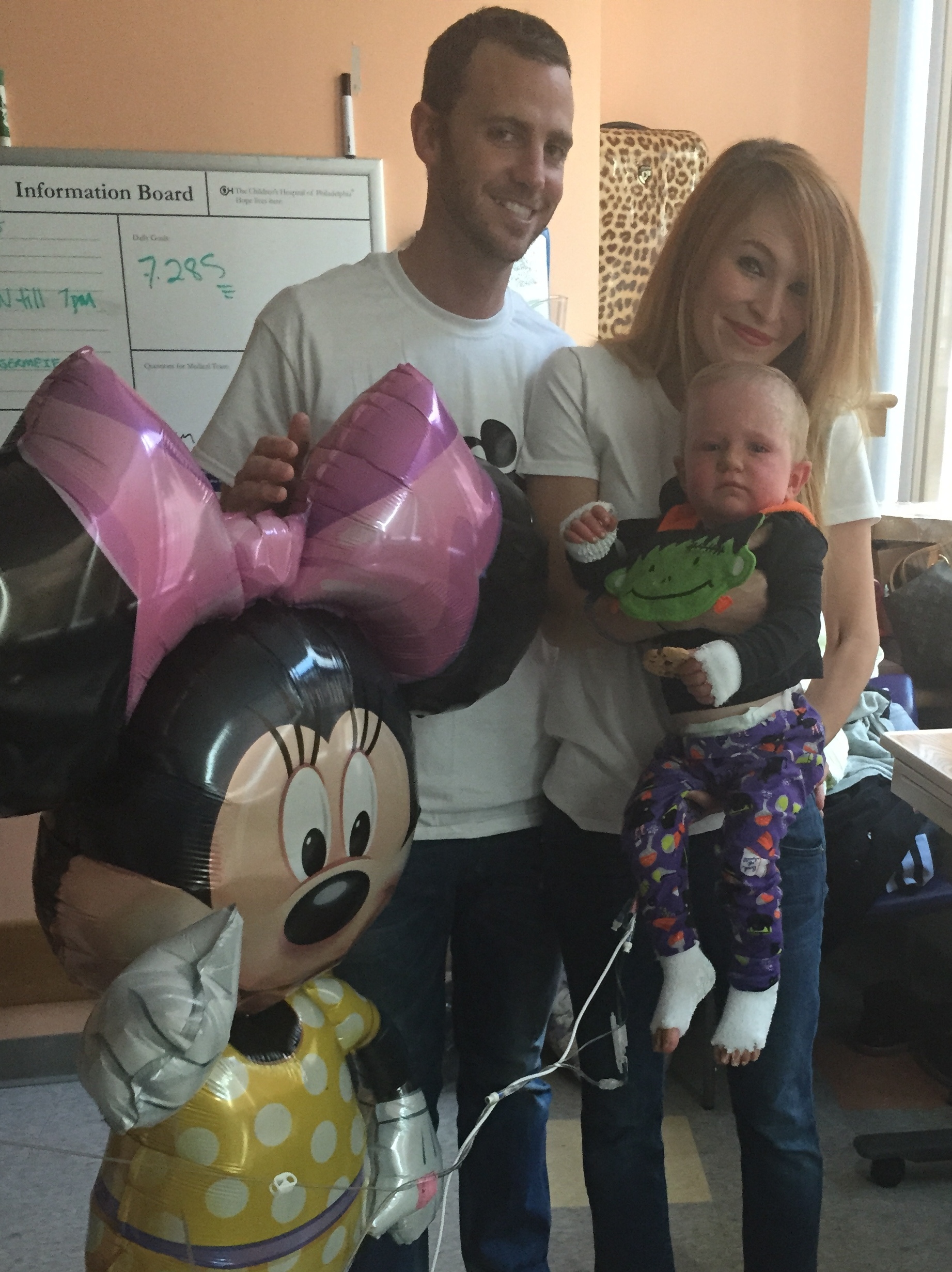 d Eevie to one of our local hospitals to begin inpatient treatment in an attempt to address her weight loss, treat her rash, and get one or as many diagnoses as possible. However, after over a week inpatient and no diagnoses or improvement, our team recommended transferring to a specialty hospital. We flew across the country to a top children's hospital on the East coast. We've been inpatient now for over two weeks and are still waiting on answers. Eevie is puzzling doctors everywhere. Doctors are now describing her constellation of symptoms as "the mystery of Eevie."

Despite the secondary complications of Eevie's treatment, she continues to be her fiery, quirky self. Though she has difficulty standing due to the rash on her feet, she still tries her best to dance. We often catch her with her arms up in the air bobbing up and down to whatever tune is on. Currently, her favorite artists include Bob Marley, Iggy Azalea, and Elmo. The "chemo mouth" has finally worn off in a big way. Eevie constantly wants to taste food. Though she doesn't swallow yet, she enjoys sucking on Doritos, Kit-Kats, French fries dipped in spicy mustard, and doughnuts! Last night she had Mommie, Daddy, Gammy, and herself covered from head to toe in sweet and sour sauce. Though the road to recovery from two years of continuous chemotherapy is tough, we believe Eevie is tougher.

As we approach this milestone, similar to the characters in It’s a Wonderful Life and Scrooge, we find ourselves a changed family. Looking at the world through new glasses (at least better prescriptions), hoping to learn with open hearts and minds. The little things have become the big things. Things that typically went unnoticed have become the cornerstones of our joy. We have learned to try to take life much less seriously, which paradoxically is making my life seem more real, more serious than ever. We have different views of the meaning of happiness and on the meaning of pain.

Though we cannot say what the future holds, thanks to advances in pediatric cancer treatment and one fierce, little heart, we are thrilled to begin a new, hopefully brighter chapter proudly alongside our Life Warrior. Eevie is truly a tenacious little girl and the hope she spreads is contagious. We are over-the-moon and very, very proud.