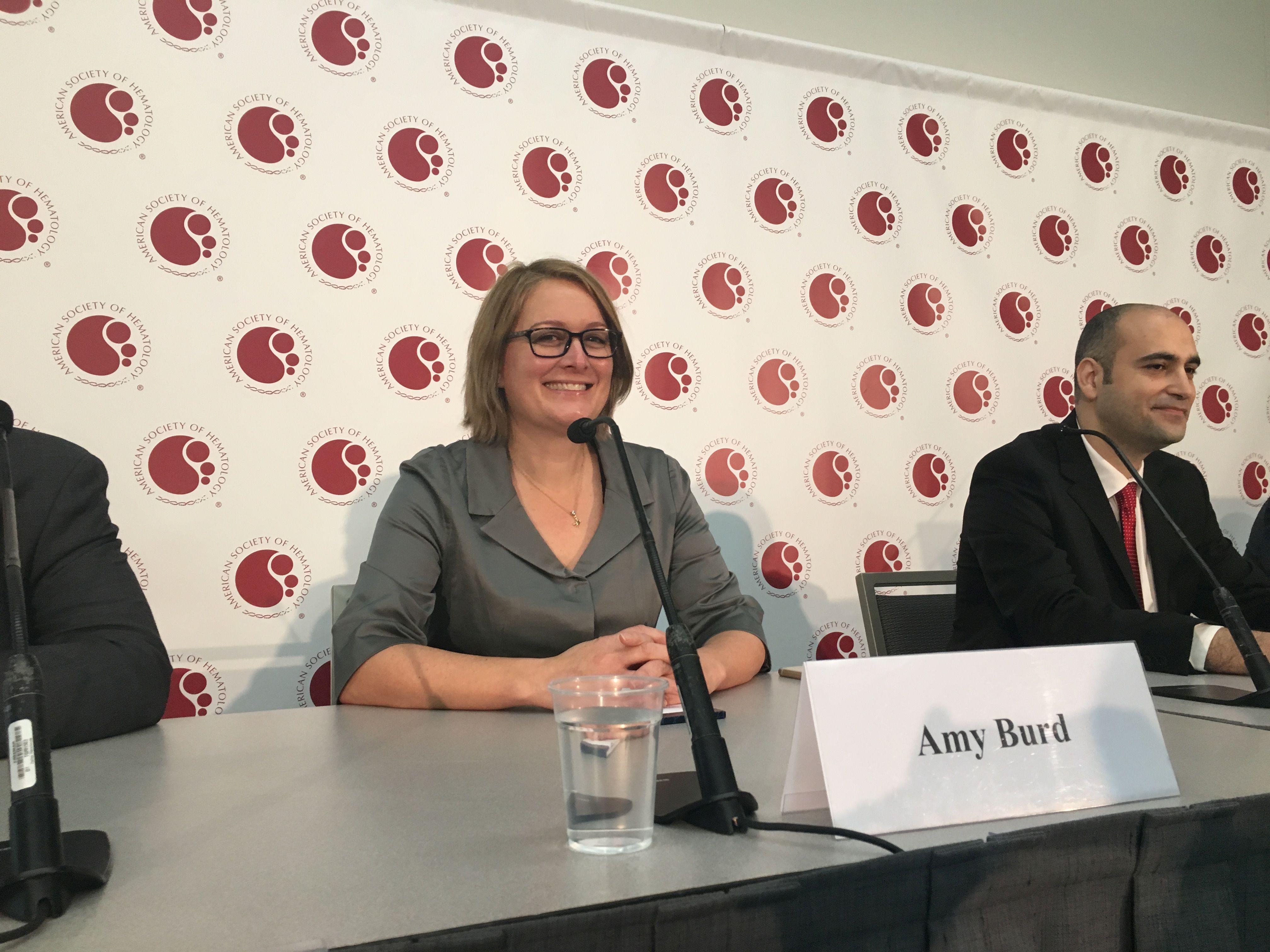 Sunday marked a significant milestone for The Leukemia & Lymphoma Society (LLS) and the patients we help. Here at the 60th American Society of Hematology (ASH) Annual Meeting in San Diego, a conference attended by more than 30,000 scientists from around the world, we unveiled the first results from our groundbreaking precision medicine Beat AML Master Clinical Trial. To date, more than 356 patients have been screened for this trial.

Two years after we launched this multi-drug, multi-site clinical trial to change the paradigm of treatment for patients diagnosed with the lethal acute myeloid leukemia, Amy Burd, Ph.D, vice president of research strategies for LLS and lead of the study, announced that we had met our primary endpoint. Within an unprecedented seven days, we had successfully identified the subtype of AML and assigned a novel targeted therapy to more than 95% of patients who entered into our trial. Burd will present the findings today in a scientific oral presentation (Abstract #559). The conference will also feature four other Beat AML abstracts (#287; #4053, #1489, #2773), as well as data from individual study arms.

As of the cut-off date for this abstract (August 31), of the 356 AML patients who entered the trial, 285 had their genetic profiles rapidly screened in an unprecedented seven days by our genomics partner, Foundation Medicine, and assigned to one of the study’s seven treatments. Only 12 patients did not have their genomic analysis completed within the seven day time limit. Sixty-six patients turned out not to have AML.

This rapid turnaround is critical because AML is a fast-moving cancer and the standard of treatment for the past 40 years has entailed rushing patients into treatment within hours of diagnosis, and infusing them with a potent combination of chemotherapy. This protocol doesn't work well for the vast majority of patients, especially older adults who make up a disproportionate number of cases and for whom the chemo cocktail is too toxic.

With advances in genomic technology, we now understand that AML comprises many different diseases driven by a variety of genetic mutations. After a 40-year drought, we’ve had an explosion of new drugs approved over the past two years to treat AML. The challenge now is to match the right drug with the right patient at the right time. 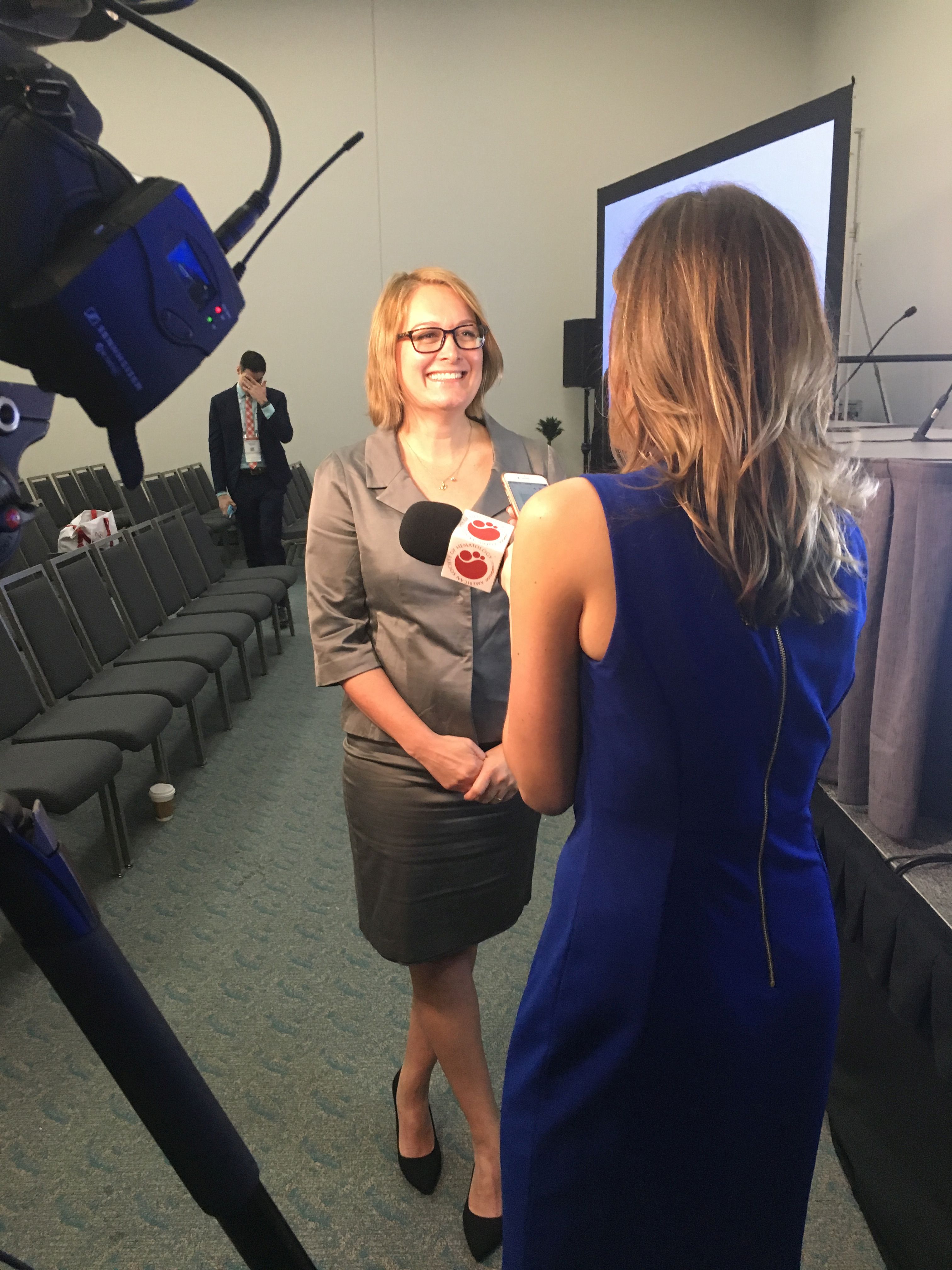 The study is open to newly diagnosed AML patients over the age of 60. Each of the current study arms is testing only one drug at a time, but Burd says the next phase of the trial will involve opening study arms that test combinations of novel therapies. We are also considering lowering the age restriction.

The findings also show the importance of collaboration. Having a patients-focused nonprofit organization lead the trial has made pharmaceutical companies, clinicians, cancer research and treatment centers, and the FDA more comfortable working together toward the common goal of bringing better treatments to AML patients faster.

Joseph Mikhael, M.D., of City of Hope and moderator of the press briefing, said ASH and LLS share this goal, and together, we have partnered to raise awareness about Beat AML. “In the very near future, the kind of “collaborative” approach you’re going to hear about today with this Beat AML trial will be quite prolific,” Mikhael said

CAR-T Continues to Impress, But What’s Next? 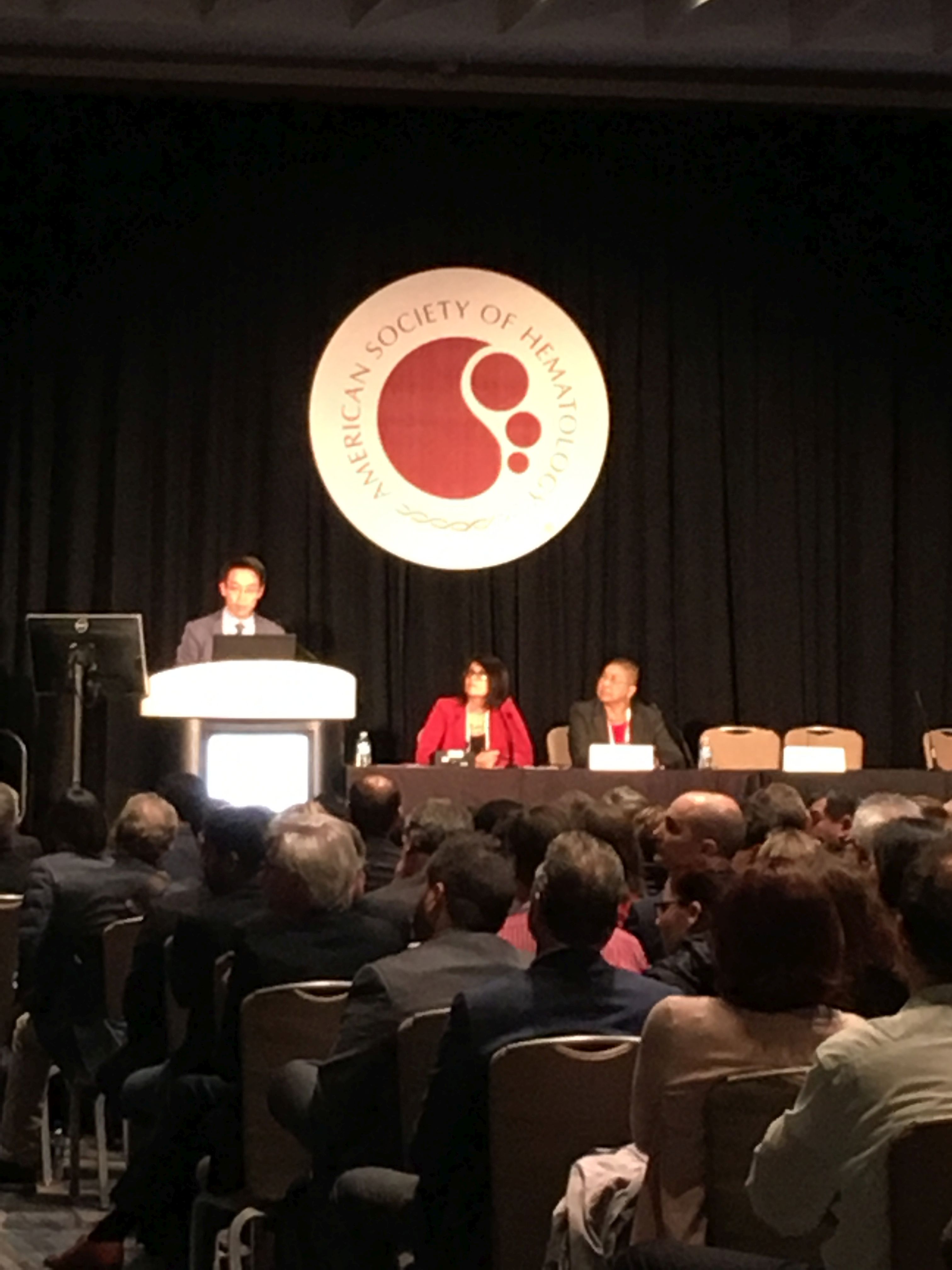 It comes as no surprise that CAR (chimeric antigen receptor) T-cell immunotherapy, the process of re-engineering the body’s own immune system to kill cancer cells, continues to draw intense interest. With several years of the therapy under our belt, we are observing long durations of remission in some patients.

Stephan Grupp, M.D., who led the children’s CAR-T program at Children’s Hospital of Philadelphia, in collaboration with Carl June, M.D. and his team at the University of Pennsylvania, presented data showing that some of the children who received a single infusion of engineered T cells are still cancer free more than six years out with no minimal residual disease. Similar results are occurring in patients treated with the same CAR-T construct for lymphoma.

But what of the patients for whom the CAR-T cells stop working? Researchers are investigating a number of ways to make the process work better, testing combinations of CAR-T with other therapies to extend the durability of the CAR-T cells.

One small study is looking at treating chronic lymphocytic leukemia (CLL) patients by giving them both CAR-T cells and a drug called ibrutinib, a targeted therapy that inhibits the BTK protein, which plays a role in cancer cell proliferation. In the study, 83% of the patients treated with both therapies achieved complete remission, while 65% who had received only CAR-T cells were in remission, a result that warrants further study. Another study explored combining CAR-T cells with a checkpoint inhibitor, a different approach to immunotherapy, which inhibits the proteins that allow cancer cells to hide from the immune system. The small study done at Children’s Hospital of Philadelphia with 14 children shows encouraging responses, and doctors plan to continue evaluating these patients.

Multiple studies presented during ASH have focused on the next generation of CAR-Ts. LLS-funded Jae Park, M.D., of Memorial Sloan Kettering Cancer Center, is part of a team developing “armored” CAR-Ts, enhancing the activity of T cells by combining them with other molecules that stimulate an immune response.

Currently, the two FDA-approved CAR T-cell therapies  target only one specific protein—CD19—on the surface of the cells. But a group from China is developing a multi-target CAR-T to boost the therapy’s effectiveness in killing cancer cells. 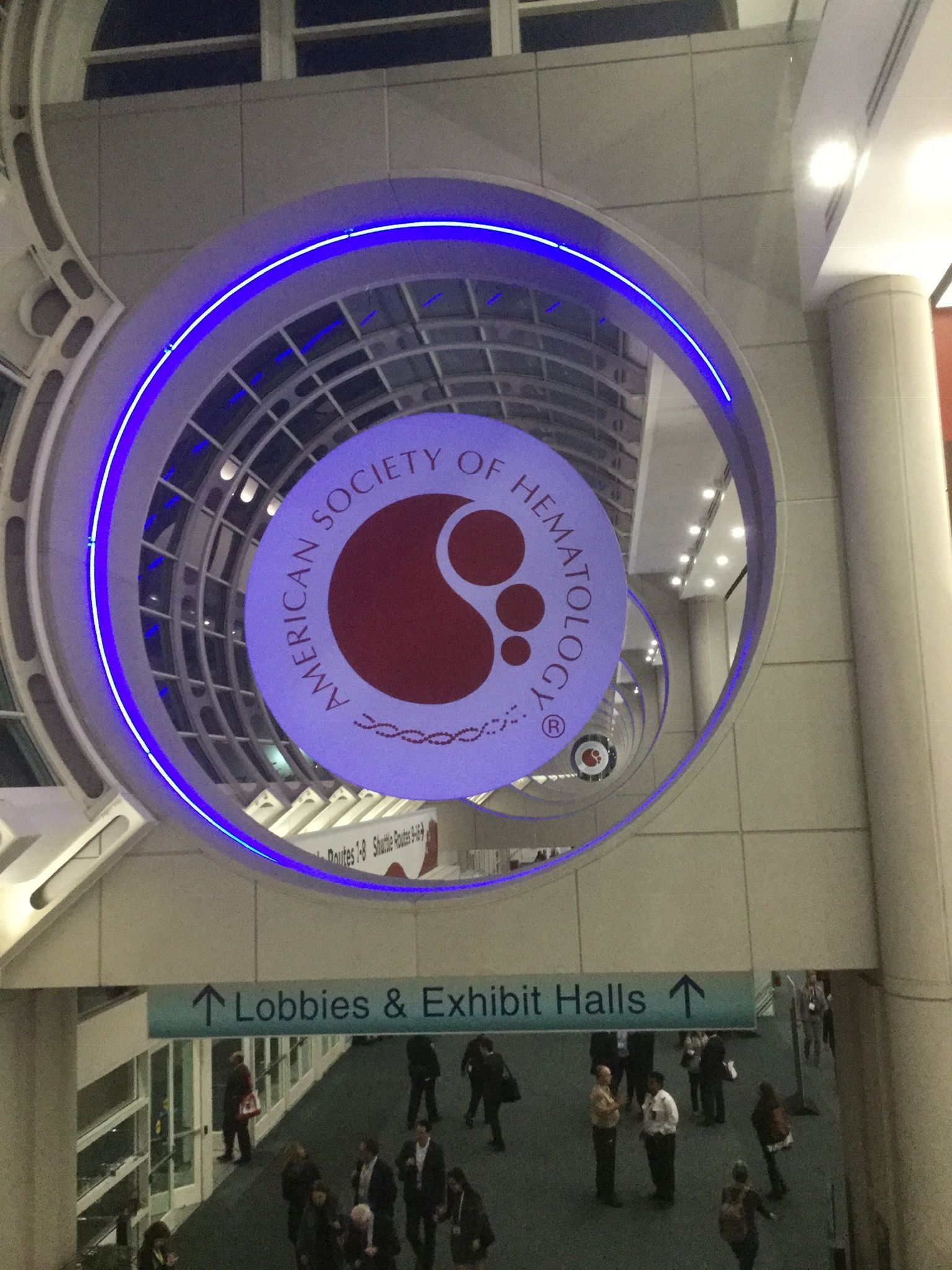