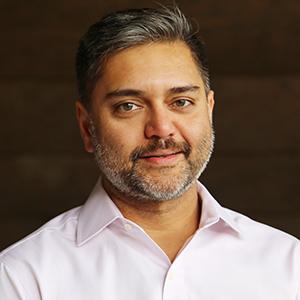 Mutations in a diverse set of genes can lead to pre-cancerous expansion of blood stem cells, but the factors that mediate the growth of these mutant clones are unknown. We recently discovered that many of these mutations lead to abnormal activation of a gene called TCL1A. Consequently, TCL1A may be an attractive target for treating or preventing blood cancers, but little is known about its function. Here, we will uncover how TCL1A influences the biology of pre-cancerous blood stem cells.

Clonal hematopoiesis of indeterminate potential (CHIP) is a precursor state for blood cancers such as acute myeloid leukemia and myelodysplastic syndrome. CHIP results when a blood stem cell acquires a mutation that allows it and its progeny to expand relative to normal stem cells, taking over the bone marrow as a mutant “clone”. Those with CHIP, especially with large clones, have a high risk of developing hematological cancers, but this process typically takes several years or even decades. Therefore, reducing or eliminating the CHIP clone during this window represents an attractive strategy for preventing blood cancer development. The most common mutations in CHIP are in regulators of gene expression and gene splicing, but it is unknown why these mutations promote expansion of blood stem cells and eventually lead to leukemia. In an analysis of over 5,000 carriers of CHIP, we discovered that a germline (inherited) variant in a gene called TCL1A was associated with slower rate of expansion and prevented several forms of CHIP from developing, suggesting the paramount importance of this gene in CHIP progression. TCL1A was not active in normal blood stem cells, but some CHIP-associated mutations led to its activation. Based on these studies, we believe that activation of TCL1A is key and necessary step for promoting the growth of these mutant stem cells, but surprisingly little is known about its function in this context. Here, we will investigate the consequences of TCL1A activation or repression in blood stem cells. We will first test how blocking TCL1A function affects the growth of mutant human blood stem cells transplanted into mice. We will also test how blood stem cells that have active TCL1A differ in their function, gene expression patterns, and clonal expansion compared to blood stem cells that do not have active TCL1A. We will examine whether TCL1A expression enables activation of oncogenic gene programs and abnormal proliferation of blood stem cells. Finally, we will determine the protein binding partners of TCL1A in blood stem cells, which may provide further insights into its function and also suggest therapeutic avenues for blocking its activity. The knowledge gained from this proposal will shed light on TCL1A function in blood stem cells and provide rationale for targeting it therapeutically to prevent and treat blood cancers.