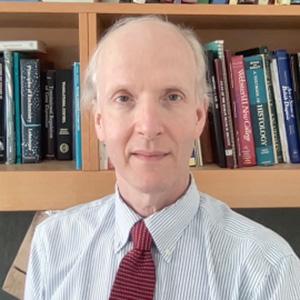 Perelman School of Medicine at the University of Pennsylvania

Myelodysplasia (MDS) is a lethal stem cell disorder characterized by defective blood formation and progression to leukemia. MDS is frequently caused by mutations in splicing factors, but these mutations also create an Achille’s heel that can be targeted to kill MDS cells while sparing normal blood cells. We identified a group of clinically safe drugs that target this weakness and selectively kill MDS cells in vitro. We will test whether these drugs are effective in mouse models of MDS.

Myelodysplasia (MDS) is a severe disorder of blood formation that frequently progresses to bone marrow failure and leukemia. In most cases MDS is caused by mutations in factors that control splicing, an essential step in gene expression. While a single mutation in a splicing factor can cause MDS, these factors are so important to the cell that further disruption, for example with drugs that inhibit splicing, causes cell death in MDS cells that have splicing factor mutations. Therefore, drugs that inhibit splicing selectively kill MDS cells while sparing normal blood forming cells. Unfortunately, the drugs that have been tried so far had intolerable side effects in MDS patients. We recently discovered that the enzyme GSK-3 regulates splicing. Drugs that inhibit GSK-3 disrupt splicing and kill blood cells with splicing factor mutations while sparing normal blood cells. Importantly, these drugs selectively kill cells from patients with MDS and leukemia. However, these experiments have been done in cell culture. To advance these studies to therapy for patients with MDS, it is essential to test the approach in vivo. Several medications that inhibit GSK-3 are clinically safe when used for other disorders. We propose to test whether these drugs kill MDS cells in living animals. We will also explore how GSK-3 inhibition leads to the death of MDS cells, as this may lead to new therapeutic targets in the future. Our overall goals are to gain a better understanding of how GSK-3 regulated splicing contributes to development of MDS and to investigate whether inhibiting GSK-3 is a viable treatment for splicing factor mutant MDS.

Program
Discovery
To All Projects