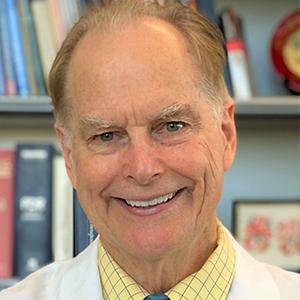 We will study the function of ROR1 and ROR2 on HCL cells that we have collected from 120 patients, examining whether they influence expression of genes that can promote the growth/survival of HCL cells. We have made antibodies that are highly specific for ROR1 or ROR2 that react with HCL cells, but not normal blood cells or tissues. We will determine if these antibodies can be used as naked antibodies, antibody-drug conjugates, or in chimeric receptors on T cells to specifically kill HCL cells.

Despite improvements in therapy for patients with hairy cell leukemia (HCL), there still is no cure for this disease and some patients, particularly those with the variant form (HCLv), fail to achieve durable responses to current therapies. Needed are new targets for therapy. We discovered ROR1 and ROR2 are on the surface of HCL cells. ROR1 and ROR2 are proteins that play a vital role in the generation of organs in the embryo, but are no longer needed or found on cells of healthy adults. However, we found ROR1 is on cancer cells, which use this protein to promote movement, survival, proliferation, and self-renewal. We generated the first highly-specific monoclonal antibody (mAb) against ROR1 (UC-961, cirmtuzumab) that can block the function of ROR1; this mAb has promising clinical activity when used to treat patients with B-cell malignancies, either as a so-called ‘naked’ antibody, or as an antibody-drug conjugate (or ADC), which is comprised of UC-961 linked to a toxin that can be delivered specifically to the cancer cell. We also developed a new mAb specific for ROR2 that, unlike previous anti-ROR2 antibodies, binds only to ROR2, and not ROR1 or other proteins, normal blood cells, or post-partem tissues, but nonetheless binds strongly to HCL cells. ROR1 and ROR2 thus represent cancer-specific targets that we can use to direct the killing of HCL cells, including the HCL stem cells that potentially are responsible for the return of the disease after initial therapy. We propose to examine HCL cells for these proteins and study whether and how they affect the expression of genes that promote the survival, proliferation, and self-renewal of HCL cells. For this study we have collected and stored viable leukemia cells from 120 HCL patients and have developed methods to study how these proteins influence the expression of genes that promote the continued survival or self-renewal of HCL cells, even in patients who apparently have responded well to initial therapy. We will study whether these highly specific mAbs can block the function of ROR1 and/or ROR2 in HCL and examine whether they are effective in killing HCL cells either as naked antibodies, ADCs, or in chimeric receptors that can arm T cells to specifically kill HCL cells.

The Hairy Cell Leukemia Foundation (HCLF) and The Leukemia & Lymphoma Society (LLS) have joined forces to create the HCL2025 program to support targeted research to build a more comprehensive foundational understanding of the molecular basis of hairy cell leukemia (HCL), develop additional therapies, and optimize outcomes for patients with this disease.