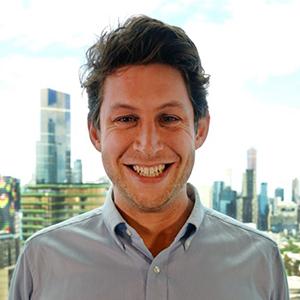 The University of Melbourne

Drug resistance in AML can develop via a non-genetic process which remains poorly understood. Using our novel cellular barcoding technology that can trace the growth of thousands of cancer cells, our research will identify genes that are switched on or off in AML cells that lead to drug resistance and relapse. This work will reveal the factors underpinning non-genetic drug resistance that may be targeted with new drugs to prevent relapse and ultimately improve quality of life and survival.

Acute myeloid leukemia (AML) is an aggressive blood cancer caused by DNA mutations that prevent stem cells from developing into the functional cell types that comprise human blood. Drug resistance remains the most significant obstacle to managing and ultimately curing AML and cancer more broadly. For AML, many gold-standard treatments seek to eliminate fast growing malignant cells using drugs that have not changed significantly in decades. While up to 80% of patients initially achieve remission using these treatments, this is often short-lived, and three out of four patients will relapse within 5 years. When tumors return, they are commonly resistant to further treatment, and very likely to take the patient’s life. Therefore, new treatments are desperately needed to achieve better cure rates and reduce the devastating impact of this disease. Current methods to identify drug resistance look for new mutations in the DNA of malignant cells that suggest the tumor is evolving to evade treatment. However, we and others have shown that AML cells can develop resistance without new DNA mutations, allowing these resistant cells to go undetected by current techniques until full blown relapse has occurred. While this is particularly relevant to AML (because it has one of the lowest mutation rates of any cancer), similar non-genetic drug resistance mechanisms also occur in multiple other cancer types. Collectively, the biological mechanisms that explain this non-genetic resistance are poorly understood. Our research has the potential to significantly increase AML patients’ chances of survival by accelerating our understanding of the role of non-genetic mechanisms on drug resistance in AML and potentially other cancers. Using a novel technology we developed that can trace the growth trajectories of thousands of individual cancer cells in human patients and mouse models of AML following treatment, this research will robustly identify changes in the genes that are switched on or off in malignant cells that lead to drug resistance and disease progression. This research will reveal the genes underpinning non-genetic drug resistance that may be targeted with new drugs to prevent AML relapse and ultimately improve quality of life and survival. Successful clinical translation of these new treatments will reduce the impact of AML on patients, their families, and the economic infrastructure that supports them during one of the toughest periods of their lives.