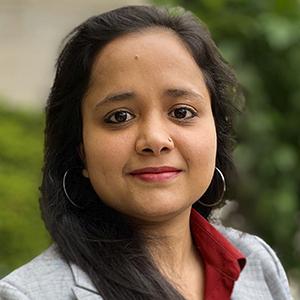 We and others have shown how HLX overexpression keeps blood cells more immature by blocking their differentiation and promoting their proliferation, a characteristic which is inherent to AML. However, whether there is a causative role of HLX in the induction of AML is still unclear. Hence, the aim of my study is to better understand, using genetically engineered mice models, retroviral models, and human AML patient samples, how HLX drives AML at molecular level. This study will uncover potential therapeutic strategies for AML treatment in future.

Acute myeloid leukemia (AML) is one of the most common type of blood cancer in adults, in which hematopoietic stem cells destined to produce different mature blood cells arrest at more a immature level and proliferate uncontrollably. Current regimens of AML treatment have successfully increased the complete remission rate. However, understanding and management of relapsed AML is still lacking, leading to lack of treatment and poor survival (only 24% survival in people older than 20 years). Extensive studies using next-generation genomics, genetically-engineered mice models, and human AML patient samples have established that leukemic cells having stem cell-like properties, called leukemia stem cells (LSC), are resistant to current therapeutic regimens and are mainly responsible for the relapsed and resistant AML. Hence, it is important to dig deeper into the molecular pathways which contribute to the generation and maintenance of LSCs in AML progression. In such an attempt to understand the factors responsible for LSC generation, our group previously discovered a novel protein called HLX in a leukemia mouse model. We found that HLX is overexpressed in approximately 80% of AML cases and correlates with poor overall survival of AML patients. Previous studies from our group and others have shown the relevance of HLX in keeping blood cells more immature by blocking their differentiation/maturation and promoting their proliferation, a characteristic which is inherent to LSCs. However, whether there is a causative role of HLX in the induction of LSCs is still unclear. Hence, the aim of my study is to better understand how HLX overexpression leads to AML in a newly developed mouse model, and to determine what are the molecular cofactors which cooperate with HLX in this cancer, so that we can target this pathway therapeutically in future. My study will also generate a new genetically-engineered mouse model of AML containing HLX overexpression together with another common oncogene. Since HLX is associated with LSC generation, this model can be used as a tool to test new candidate drugs in the future.