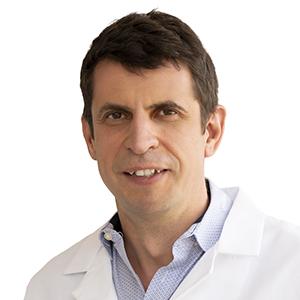 Beckman Research Institute of the City of Hope

Mantle cell lymphoma (MCL) is an aggressive blood cancer which affects about 3,000 individuals in the United States annually. Despite advances of novel therapies in blood cancers, MCL remains incurable, and patients ultimately succumb to disease. We seek to evaluate longitudinal samples from patients with MCL treated with novel therapies to understand the mechanisms of drug resistance. We identify novel targets, with a particular focus on protein turnover pathways, to overcome drug resistance and improve survival of patients with MCL.

Mantle cell lymphoma (MCL) is a deadly blood cancer that has no cure. About 4,000 patients in the U.S. are diagnosed with MCL each year. Normal B cells are white blood cells that help fight infection, but in MCL, B cells no longer perform their function but grow unchecked. Chemotherapy is the main treatment for MCL, but is not curative. Moreover, because most patients are older, they are often unable to tolerate the harsh side effects of chemotherapy drugs. Our team’s goal is to develop new targeted drugs for MCL that are more tolerable and effective than currently available treatments. We recently learned that lymphoma B cells rely on certain proteins they carry on their surface, most importantly the B-cell receptor (BCR), to survive. Ibrutinib is a targeted drug that blocks the BCR and shows promise as a new therapy for MCL. While ibrutinib can prolong survival, a third of patients do not respond to ibrutinib while most others relapse within two years. This is because a subset of the lymphoma cells may have mutations in them that allow them to survive even in the presence of ibrutinib. While ibrutinib resistance in other cancers is often due to specific mutations in the BCR, the mechanism of resistance in MCL appears different and more complicated. There is evidence that one potential mode of ibrutinib resistance in MCL is through the signaling protein called NFkB. NFkB is of particular interest because there are drugs in development that can degrade NFkB. Using such drugs would deprive ibrutinib-resistant MCL cells from this escape mechanism. The goal of this research is to explore how MCL cells become resistant to ibrutinib and other similar drugs, and to seek ways to overcome this resistance. We have access to a unique combination of research tools, systems and expertise that allow us to study these questions, including laboratory models that mimic the tumor environment and samples donated by MCL patients. We will test lymphoma cells from patients obtained at different stages of ibrutinib therapy, including when MCL relapses, to determine the factors that ensure tumor survival. We will also collect patients’ plasma and use new tools to study important tumor genetics to better understand the disease and its response to therapy. Using a panel of drugs, we will explore whether new approaches we developed to target NFB will overcome ibrutinib resistance in the laboratory and in a clinical trial of MCL patients. Ultimately, this project will help us understand how ibrutinib resistance develops in MCL and may lead to new targeted therapies for MCL that are more tolerable and effective than chemotherapy.