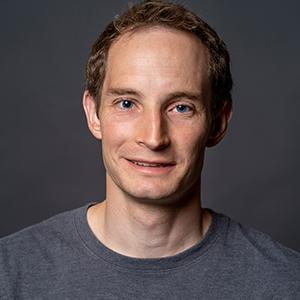 PhD
Website Reference
See our impact across all the disease areas we fund.

The transcription factor MYB has long been associated with leukemia, but how it contributes to disease is poorly understood. Fusions of MYB to other proteins, causing MYB activation, are found in patients with Blastic Plasmacytoid Dendritic Cell Neoplasm (BPDCN), but rare in other leukemias. I am using recently developed techniques to gain insight into how MYB fusions cause BPDCN. This will enable both new treatments for BPDCN and better understanding of the role of MYB in other leukemias.

Blastic Plasmacytoid Dendritic Cell Neoplasm (BPDCN) is a rare leukemia carrying a very poor prognosis. Although most patients are older males, BPDCN also occurs in children. A previous study (Suzuki et al., 2017) screened BPDCN patients for alterations in MYB, a protein which regulates other genes by binding to DNA. They found that MYB mutations are present in BPDCNs and particularly common in childhood patients. These mutations cause the MYB protein to be truncated and fused to part of another protein. Truncations of MYB have been previously shown to cause upregulation of its activity, although how this occurs is not fully understood. Additionally, increased production of normal MYB is known to occur in many other leukemias, but the reasons for this are unclear.

My work seeks to understand how MYB fusions cause BPDCN, with the long-term aim of using this knowledge to develop new ways to treat this deadly disease. The insights gained into how MYB functions in BPDCN may also help us to understand its role in other leukemias.

BPDCN arises from plasmacytoid dendritic cells (pDCs), which are normally involved in the immune system’s response to viral infections. To find out how MYB fusions cause normal pDCs to transform into BPDCN, I have developed model systems in which MYB fusions are introduced into human or mouse hematopoietic cells. Using recently developed techniques I can identify sites in the genome which are bound by MYB, and compare this data between different forms of MYB and different cell types. I can also observe the effect of MYB fusions on the development of pDCs in mice, which may provide clues as to why MYB fusions are present in BPDCN but not found in other leukemias. Together these studies can determine which genes are specifically regulated by MYB fusions and in which cells, and therefore how their effects may be reversed as part of future treatments for BPDCN.

My preliminary data indicate that MYB fusions cause pDC development to be blocked at an immature stage, which is a hallmark of leukemia. In addition, MYB fusions bind more strongly than normal MYB to a subset of genes controlling the cell cycle, which is deregulated in all cancers. By building on these findings, I hope to identify the mechanisms by which MYB fusions cause cell cycle deregulation and pDC maturation block. This will provide new insights into how BPDCN develops in patients, and potentially lead to discoveries of new ways to treat BPDCN as well as other leukemias.