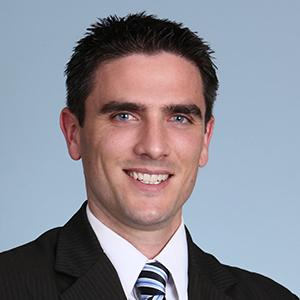 We seek to understand the genetic and epigenetic etiology of B-cell lymphoma and how deregulation of normal epigenetic programs perturb developmental programs and immune interactions. We approach this using a variety of genomic technologies to interrogate primary human tumors, CRISPR-engineered cell lines, patient-derived xenograft models and transgenic mouse models with different genetic lesions. We hope to understand how genetic and epigenetic changes associated with B-cell lymphoma create dependencies or characteristics that can be targeted through rational therapeutic interventions to improve patient outcomes.

Cancers are typically caused by deregulation of genes. Genes are normally tightly regulated through complex mechanisms to turn on or off genes, and these processes are often hijacked by cancer to cause uncontrolled growth and survival, as well as to evade surveillance by the immune system. One means of regulating genes is through “epigenetic modulation” whereby reversible chemical modifications are added to or subtracted from DNA and/or the proteins that surround DNA. These epigenetic modifications alter either the function of these proteins, or their accessibility to DNA. These complex mechanisms often involve multiple proteins acting either cooperatively or antagonistically. Dr. Michael Green is dissecting the intricate epigenetic regulatory mechanisms found in follicular lymphoma (FL) and diffuse large B-cell lymphoma (DLBCL). Mutations in the epigenetic modifier CREBBP occur in 65% of FL and 16% of DLBCL. In FL, these mutations occur as an early event in the evolution of the cancer cells and they are maintained throughout the course of the disease, highlighting them as an attractive therapeutic target. Mutations in CREBBP lead to the epigenetic modulation proteins that reduce the expression of certain genes involved in immune surveillance, which then reduces the ability of the patient’s own immune cells from eliminating the lymphoma. Dr. Green and others have shown that CREBBP mutations function by allowing another epigenetic modifier (HDAC3) to continue repressing genes. He and others have further shown that CREBBP mutations can co-occur with mutations in another epigenetic modifier (EZH2) resulting in further gene repression. These observations indicate that CREBBP mutations have a unique function, and that crosstalk with other epigenetic modifiers may contribute to mutant CREBBP-mediated gene inactivation. Importantly there are inhibitors of HDAC3 and EZH2 in clinical development. Dr. Green will characterize the biochemical mechanisms by which mutant CREBBP leads to gene repression as well as to investigate the crosstalk between CREBBP and other epigenetic regulators in lymphoma. Given the interactions of CREBBP mutations and HDAD3 and/or EZH2 to promote lymphoma, Dr. Green will explore the activity of combination therapies that can counteract the gene expression programs that are regulated by these proteins in lymphoma. Achieving the goals of this research will allow a deeper understanding of the biology of follicular and diffuse large B-cell lymphoma, and identify novel therapeutic strategies for their treatment.