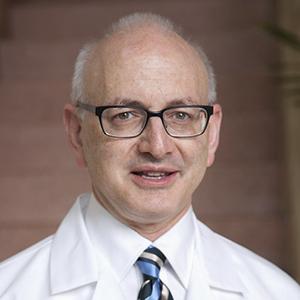 Myeloid malignancies like acute myeloid leukemia (AML), myelodysplastic syndrome (MDS), and myeloproliferative neoplasm (MPN) arise due to a combination of genetic mutations and epigenetic abnormalities that sustain the abnormal behavior of cancer cells. The genetic material of the cell is the “hard drive” full of instructions that allow cells to grow, have unique functions, and ultimately live or die. Epigenetics is the “software” of the cell, allowing access to the information from the hard drive in a controlled manner. This interplay between the hardware and the software culminates in gene expression, allowing the genetic material to be read and interpreted. Targeted therapy in other myeloid cancers only works for a fraction of patients. Most myeloid cancers have a constellation of mutations that, in combination, likely determine the outcome of patients. The genetic mutations in myeloid cancers often occur in genes that control the epigenetic regulation of gene expression. While it is not possible to correct the genetic abnormalities in cancer cells, it is becoming possible to target and reverse the epigenetic abnormalities, and either kill the cancer cell or make it behave more normally. The goal of this SCOR is to analyze basic mechanisms of disease in order to arrive at novel therapeutic strategies and develop biomarkers that can predict the likelihood of a therapeutic response.

The approach is to define how combinations of mutations interact to drive the initiation and progression of the myeloid malignancies and determine how they create unique sensitivities to epigenetic-focused therapies. This SCOR is focused on four research projects, each addressing a key question of epigenetic and gene regulation.

The first project is led by the University of Miami researchers Ramin Shiekhattar, Ronan Swords, and Arthur Zelent. The goal of this project is to identify biomarkers that predict therapeutic responsiveness in non-APL AML subtypes.

The second project is a collaboration between Mingjiang Xu of the University of Miami and Ross Levine of Memorial Sloan Kettering Cancer Center. They are focused on the epigenetic modulator called TET2, which is one of the most commonly mutated genes in myeloid malignancies. They hope to identify the predictors of a response to TET2-modulating therapy.

The third project is another collaboration between Memorial Sloan Kettering Cancer and the University of Miami. Omar Abdel Wahab and Feng-Chun Yang are focused on the epigenetic modifiers ASXL1 and ASXL2, which are recurrently mutated in leukemia. This information will help define mechanisms to identify novel compounds that target these pathways, which may then be developed as therapeutics.

The fourth project is led by collaborators from the University of Miami and the Johns Hopkins University School of Medicine. Stephen Nimer, Maria Figueroa, and Philip Cole are focusing on the epigenetic modifier called p300. This protein is important for the biology of normal blood stem cells and mutations in the p300 gene have been found in a number of solid and blood cancers.

This SCOR assembles a group of highly interactive and accomplished scientists and physician researchers from multiple institutions with expertise in myeloid malignancies and epigenetics. While heavily focused on defining how epigenetic abnormalities contribute to blood cancers, this SCOR team also aims to better understand the basis for therapeutic sensitivity versus resistance and to develop more effective therapies for myeloid cancers.

Program
Specialized Center of Research Program
https://www.lls.org/research/specialized-center-research-program-scor
To All Projects