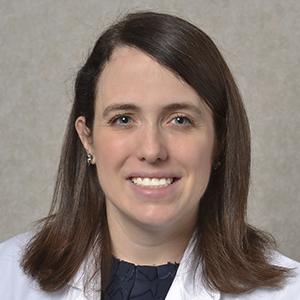 Ibrutinib is a targeted oral treatment for CLL that is safe and highly effective, however it must be given indefinitely which leads to chronic side effects and allows resistance to develop. We are conducting two clinical trials that add a second drug to ibrutinib to eliminate the remaining leukemia or ibrutinib-resistant leukemia cells. If these trials are successful, people taking CLL with or without resistance may be able to stop treatment in remission after taking an ibrutinib combination.

This project addresses resistance and residual disease in chronic lymphocytic leukemia (CLL) patients treated with ibrutinib through two clinical trials testing combination therapies aimed to overcome each of these common treatment hurdles. The treatment of CLL, the most prevalent leukemia in adults, has fundamentally improved with the development and approval of ibrutinib, a safe and effective targeted agent that inhibits the BTK protein. However, ibrutinib has two major limitations: resistance and residual disease. Resistance is when the CLL stops responding to ibrutinib and relapses in a form that is more difficult to treat. Ibrutinib resistance can be detected months prior to relapse and is often caused by mutations in BTK. Residual disease is when CLL tumor cells are still detectable, even during ibrutinib treatment. Most CLL patients taking ibrutinib still have residual disease and must take ibrutinib indefinitely. This exposes patients to the side effects and financial cost of years of treatment. The first study tests the ability of venetoclax to eliminate mutations associated with ibrutinib resistance. Venetoclax has been safely combined with ibrutinib, is effective in patients who relapse on ibrutinib, and can decrease the amount of BTK mutations that lead to ibrutinib resistance. In the present study, patients taking ibrutinib who develop a resistance-associated mutation will start taking venetoclax in combination with ibrutinib to test whether the mutations can be eliminated. This may allow patients to avoid becoming ill from relapsed CLL. The second study tests the ability of a novel anti-BAFF receptor antibody called VAY736 to eliminate residual CLL patients who still have detectable leukemia after a year of ibrutinib treatment. The BAFF receptor is known to enhance the ability of CLL cells to survive and therefore makes a logical therapeutic target for CLL patients. VAY736 has two unique mechanisms of action: blocking BAFF receptor signaling and targeting CLL cells for destruction by the immune system. If VAY736 is found to be safe in combination with ibrutinib and eliminates residual CLL cells, this combination will be tested in a larger study where ibrutinib will be stopped if the CLL is not detectable. If successful, the findings of both studies have the potential to fundamentally change the way CLL is treated, allowing people living with CLL to enjoy more time when they are not taking leukemia treatment and living longer lives with fewer treatment side effects.