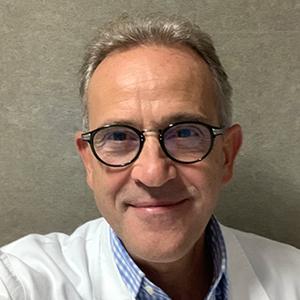 Blocking the progression of smoldering multiple myeloma (SMM) to active MM is an unmet clinical need. In primary mouse models of MM, we aim at demonstrating that modulation of the gut microbiota by vaccination against the commensal Prevotella heparinolytica and/or colonization by P. melaninogenica, also in combination with anti-PD-L1 antibodies, inhibit the progression of asymptomatic MM to full-blown disease. Our findings are expected to provide the ground for clinical trials in SMM patients.

Clonal proliferation of neoplastic plasma cells in the bone marrow and organ dysfunction characterize multiple myeloma (MM), a treatable but still incurable disease. Smoldering multiple myeloma (SMM) is an asymptomatic phase that may anticipate full-blown MM. The definition of SMM has been proposed decades ago to fill the gray zone between monoclonal gammopathy of undetermined significance, a rather common finding in the elders, and active MM. Patients affected by SMM are subjected to more frequent follow-up than patients with monoclonal gammopathy of undetermined significance because they have a much higher risk of progression. However, likely because of heterogeneity in the pathobiology of the disease, few interventional studies in SMM patients have shown improved overall survival with therapy. Thus, therapeutic strategies preventing the shifting of high-risk SMM to incurable MM are urgently needed.

Genetically manipulated Vk*MYC mice developing de novo MM, which progresses from an asymptomatic phase to full-blown disease, are an excellent model of human MM. We recently obtained the first compelling evidence that some commensal bacteria shared by men and mice promote the differentiation of IL-17-producing T lymphocytes in the gut of Vk*MYC mice. Gut-born Th17 cells migrate to the bone marrow, where they accelerate progression from asymptomatic to active MM. Mechanistically, we have identified the bone marrow milieu of Vk*MYC mice as a microenvironment rich in factors favoring T lymphocytes to produce the IL-17 cytokine, thus promoting neoplastic plasma cell survival and expansion. Additionally, in patients with SMM, a high level IL-17 in the bone marrow predicts a faster progression to MM. Finally, treatment of Vk*MYC mice with antibiotics, or antibodies blocking IL-17 reduce bone marrow accumulation of Th17 cells and delay disease progression. All together, these data suggest that accumulation within the bone marrow of IL-17 producing cells, a phenomenon propelled by the commensal microbiota, is a tumor cell-extrinsic mechanism driving progression of SMM to active MM.

Based on these original findings, we hypothesize that selected commensal bacteria within the gut of high-risk SMM patients drive the expansion of Th17 cells, which migrate to the bone marrow and promote survival and proliferation of neoplastic plasma cells. Thus, this project aims at demonstrating that modulation of the gut microbiota by the use of prebiotics, probiotics and/or vaccines block MM progression in Vk*MYC mice. We also aim at demonstrating a therapeutic synergy between gut microbiota modulation and immunotherapies unleashing a potent and long-lasting anti-MM immune response.

In summary, the proposed research is expected to extend our knowledge on the pathogenesis of MM, and will provide the framework for novel therapies aimed at preventing progression of SMM patients to incurable symptomatic MM.