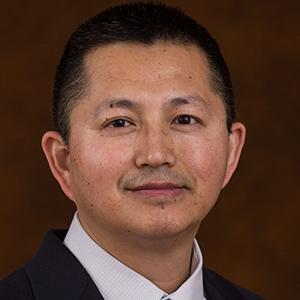 Myelodysplastic syndromes (MDS) are a group of blood disorders that occur in the elderly affecting between 20,000 and 45,000 people each year in the US. MDS patients are at an increased risk of developing blood cancer. The clinical outcome of MDS patients is still very poor, despite progress in treatment approaches. Previous studies found mutations in TP53, a gene that protecting cells from cancer, in 10% of MDS cases. As TP53 mutations are associated with short survival and drug failure in patients with MDS, the goal of this study is to understand how TP53 mutations contribute to MDS in order to develop novel treatments for MDS patients. A group of mutated blood stem cells called MDS stem cells that cannot efficiently produce normal blood cells cause MDS. There is a protein complex, called the spliceosome, which is the machinery for messenger RNA splicing. If mRNAs in cells are not properly spliced, people may develop diseases, such as MDS. Recently, mutations in spliceosome genes were found in 60% of MDS patients. We found that a decreased amount of spliceosome genes in MDS stems cells actively expressing mutant p53 and we observed that mRNAs are not properly spliced in MDS stem cells with mutant p53. Based on these findings, we hypothesize that mutant p53 proteins change mRNA splicing in blood stem cells, leading to the formation of MDS stem cells. We will test drugs targeting spliceosome on mouse and human MDS cells with mutant p53. We anticipate that these drugs will kill drug resistant MDS stem cells. Upon completion of this research, we expect to establish the spliceosome as a new target for clinical trials of drugs for MDS patients. The successful completion of these studies would be expected to have an important positive impact on MDS patients and their family members.