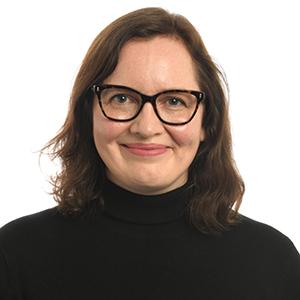 Clonally expanded T cells carrying somatic mutations circulate in the premalignant phase of Adult T cell leukemia/lymphoma (ATL). We will develop capture-sequencing of recurrent ATL-driver mutations for use as a diagnostic tool for the detection/characterization of ATL-like clones in individuals with high risk of ATL, and, in an aligned clinical study, we will test whether a novel monoclonal antibody (targeting C-C chemokine receptor 4) can eradicate these high-risk cells.

Adult T cell leukemia/lymphoma (ATL) is an aggressive blood cancer caused by lifelong infection with human T-cell leukemia virus type-1 (HTLV-1). One in 20 of the 10-20 million HTLV-1 carriers worldwide will present with ATL during their lifetime, and are unlikely to survive longer than a year after the cancer is detected. Treatments for ATL are grueling. The only curative therapy is chemotherapy followed by stem cell transplantation, a risky procedure in which the patient’s immune system is replaced by cells transplanted from a donor. More often than not, a suitable donor is not found, the chemotherapy fails, or the patient is too sick to undergo this treatment.

To reduce the burden of this disease, our aim is to establish new methods which can be used to identify HTLV-1 carriers who are in the process of developing ATL. We will also test whether a new, well-tolerated drug can eliminate pre-cancerous cells.

ATL arises from blood cells which are infected with HTLV-1. ATL tumors also carry changes in the genetic code of the cell, known as mutations, which alter how the cells behave. Because the same mutations are found in most patients with ATL, it is possible to diagnose ATL by testing for the presence of these mutations. Knowing which mutations are present in a person’s tumor can also help doctors to select the drugs which are most likely to be effective.

Our research has demonstrated there are signs of this cancer in the blood of the HTLV-1 carriers who develop ATL years before they are diagnosed. Cancer-like cells circulate in their blood, and over time accumulate mutations and develop into blood cancer. These cancer-like cells can be detected in about 4% of HTLV-1 carriers. The people who have these cancer-like cells also have other known risk factors for ATL, for example, they fail to control the virus infection and most have a relative who died of ATL.

In this project, we will identify people who have cancer-like cells in their blood. This will be done in two centers, London and New York, to which carriers of the virus have migrated (from West Africa, the Caribbean, Southern Japan and Brazil). We will study blood samples from these people to find out if the cancer-like cells carry mutations, and investigate how these mutations change behavior of the cells.

People at high risk of ATL will be offered the chance to enroll in a clinical study of a new drug which targets a protein which is found on the cancer-like cells. Compared to chemotherapy, at the planned dose, this drug has minimal side effects. The study will test whether the cancer-like cells disappear on treatment. We will use samples from the study to test whether ATL-associated mutations disappear on treatment. After the treatment is finished, we will analyze further blood samples for the cancer mutations to see whether and, if so, how long it takes the cancer-like cells to return. This will be the first step towards enabling us to prevent ATL.

Program
Translational Research Program
See our impact across all the disease areas we fund.
To All Projects