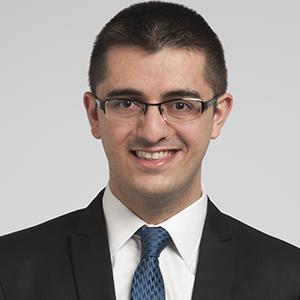 The University of Chicago

T-ALL is an aggressive leukemia with limited treatment options. T-ALL cells resist to dying by suppressing their suicide pathways. BH3 mimetics reactivate the suicide mechanisms to induce cell death. We showed that these drugs are effective in T-ALL, but acquired resistance is due to the activation of growth-promoting signaling pathways. The proposed experiments will decipher the relationship between growth and death pathways, identifying unique combination therapies to improve disease outcomes.

T-acute lymphoblastic leukemia (T-ALL) is an aggressive leukemia, affecting both children and adults. It has limited treatment options, which accounts for the increased mortality associated with relapsed disease. A particularly high-risk subset of T-ALL is the group named early T-precursor (ETP) ALL, which is characterized by inferior survival with standard chemotherapies. Treatment options beyond first-line standard chemotherapy are very limited for both T-ALL and ETP-ALL, which represents an unmet need for new treatment approaches.

The challenge with this disease is that T-ALL cells resist to death by suppressing their suicide pathways. We use a technique called BH3 profiling to understand which particular suicide pathways these cells rely on. Different patients and different T-ALL types may have different vulnerabilities when it comes to these suicide pathways. Venetoclax and LP-118 are drugs that re-activate the suicide mechanisms within leukemia cells, resulting in cell death. By performing BH3 profiling, we found that the tumor from a single patient contains two separate populations of cells: one population is more sensitive to death from these drugs, and the other population is more resistant. We hypothesize that the resistant population may have a more immature, stem-cell like state and persist through treatment with these drugs. Successful eradication of these cells is necessary to prevent relapse. We also found that acquired resistance to these drugs is associated with activation of growth-promoting signaling pathways within the cells. When these growth-promoting signaling pathways are blocked with targeted therapies, cells become more sensitive to venetoclax and LP-118, resulting in cell death.

In this proposal, we aim to investigate the patterns of response to molecules and drugs activating suicide pathways in T-ALL patient samples. We will also study how leukemic cells acquire resistance to this approach by activating their growth-promoting signaling pathways. Therefore, experiments proposed in this grant will decipher the relationship between cellular growth and death pathways, identifying unique combination treatment options to overcome treatment resistance in T-ALL. Successful completion of these studies will pave the road to develop early phase clinical trials investigating combinations of cell death activating drugs (venetoclax and LP-118) and growth-promoting signaling pathway inhibitors in T-ALL.