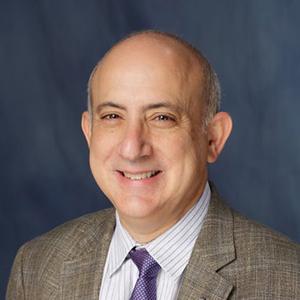 We identified the adenine nucleotide regulator AK2 as a selective dependency in multiple myeloma (MM) that is more essential for survival of MM cells overexpressing the histone methyltransferase NSD2. Here, we propose a series of experiments to understand the role of AK2 in MM cell fitness and response to existing therapies and elucidate the molecular basis of the increased dependence on AK2 driven by NSD2 overexpression. This study will elucidate the effects of AK2 inhibition in MM and will credential the enzyme as a therapeutic target.

Multiple myeloma (MM) is the second most common blood cancer. It arises from plasma cells, the bone marrow cells that produce antibodies to fight infections. Different subtypes of MM are driven by diverse genetic abnormalities and are associated with different patient survival rates. A cellular protein called NSD2 that is known to chemically-modify chromatin, the DNA-protein complex containing genetic information, can drive MM development when over produced. Over production of NSD2 is found in 15% of MM patients and is associated with poor patient survival.

Identification of cellular vulnerabilities that are specific to MM in general, or to a particular subtype of the disease is important for developing novel therapies. Our previous work revealed that survival of MM cells, especially those over producing NSD2, is selectively dependent on a cellular enzyme called adenylate kinase 2 (AK2). This finding suggests that inhibiting the function of AK2 can be used to treat MM. Here, we proposed a series of experiments to understand why MM cells with high NSD2 levels are more susceptible to AK2 disruption. We further seek investigating the function of AK2 in cultured MM cells as well as MM mouse models and to elucidate, at the molecular level, why AK2 is essential for MM cell survival. Finally, we will investigate the role of AK2 in resistance to existing MM therapies with the aim of finding strategies to reverse such resistance. To achieve these goals, we will use state-of-the-art molecular biology tools such as “CRISPR” gene-editing, cytometry, proteomic, metabolomic and gene expression profiling and next generation DNA sequencing.

Based on what is known about AK2 and our own preliminary studies, we anticipate that MM cells rely on AK2 to maintain the balance of nucleotides, the building blocks of DNA, in MM cells. Also, AK2 could be required to lower cellular stress originating from increased antibody production, a characteristic feature of MM cells. Given the limited treatment options and high relapse rates of MM patients, especially those with high NSD2 levels, this work would stimulate further studies to develop drugs dir3ected to decreases AK2 expression or inhibit AK2 activity to treat multiple myeloma.