Robert Z. Orlowski, M.D., Ph.D. completed his undergraduate education at Columbia University with a major in Chemistry, and then obtained both an M.D. and a Ph.D., the latter in Molecular Biophysics and Biochemistry, at the Yale University School of Medicine and Yale University Graduate School, respectively. Then, after completing an Internship and Residency at the Washington University in St. Louis’ Barnes Hospital in Medicine, he performed fellowships in Adult Hematology and Medical Oncology at theJohns Hopkins University School of Medicine and Johns Hopkins Oncology Center, respectively.Currently, Dr. Orlowski is Director of the Myeloma Section, Department of Lymphoma/Myeloma at The University of Texas MD Anderson Cancer Center and holds the Florence Maude Thomas Cancer Research Professorship in the Department of Lymphoma/Myeloma, andProfessor in the Department of Experimental Therapeutics. In addition, he serves as the Leader of the Hematologic Malignancies Program of the Cancer Center SupportGrant (CCSG), the Principal Investigator for the MD Anderson Cancer Center High Risk Multiple Myeloma Moon Shot, and the Chair of the SWOG Barlogie/Salmon Multiple Myeloma Committee.Dr. Orlowski leads both laboratory-and clinically-based research programs studying hematologic malignancies, with a focus on multiple myeloma. In the laboratory arena, the ubiquitin-proteasome pathway has been a special area of interest, and studies performed previously have led to the validation of proteasome inhibitors, both alone and in combination with other agents, as rational therapeutics. More recent studies have focused on the feasibility of targeting E3 ubiquitin ligases and heat shock protein responses to achieve chemosensitization and overcome chemoresistance, andon identification of oncogenes that play prominent roles in the biology of myelomas and lymphomas. In the clinical arena, Dr. Orlowski has been one of the leaders in translating novel laboratory findings into the clinic, and was the first to document theclinical effectiveness of bortezomib (VELCADE®) against myeloma and mantle cell lymphoma. He also played a prominent role in the development of the VELCADE®/DOXIL®combination and of carfilzomib (KYPROLIS®) for patients with relapsed/refractory multiple myeloma, spearheading their development from the pre-clinical stage through to phase I and III studies. 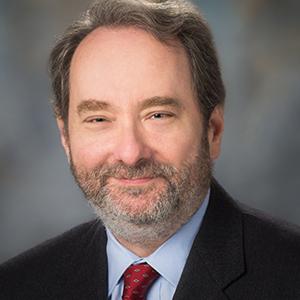