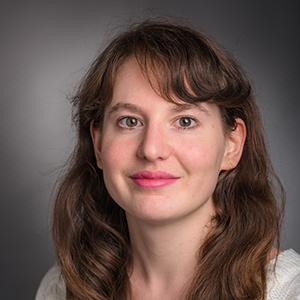 There are widely recognized but unexplained sex differences in cancer incidence and outcomes, including in blastic plasmacytoid dendritic cell neoplasm (BPDCN), an aggressive leukemia that occurs over 3 times more frequently in men. We aim to identify male-female differences in plasmacytoid dendritic cells, the blood cell involved in BPDCN, to better understand this disease. Our goal is to use what we learn to improve the treatment of BPDCN and related blood cancers for both men and women.

This project will explore the genetic causes as to why blastic plasmacytoid dendritic cell neoplasm (BPDCN) is vastly more common in men, with an aim to determine whether a gender-specific treatment approach would be effective. There are important differences between male and female patients with cancer that we can’t explain. Men develop cancer more often than women and are more likely to die from cancer. This holds true even when adjusting for risks such as smoking or exposure to toxic chemicals. It is not because of a difference in cancer types (prostate versus breast, for example), but rather because within nearly every type of cancer, men are more affected than women, including for blood cancers. In particular, BPDCN occurs over 3 times more frequently in men than women. BPDCN is a very aggressive subtype of leukemia, and has a dire prognosis. We believe that studying the influence of gender on the biology of BPDCN is critical to understanding the mechanisms driving this cancer and to treating it more efficiently. Despite the observed gender bias in leukemia, there is currently a lack of research investigating its causes. Our lab recently identified a genetic mechanism of cancer gender differences tied to the X chromosome. We found cancer-protective genes, called tumor suppressor genes, located on the X chromosome that are expressed more highly in female cells compared to male cells. Because women have two copies of the X chromosome compared to only one in men, they would need mutations on both chromosomes to knock out the tumor suppressor whereas a man would only need one mutation on their only X chromosome. This makes women statistically less likely to get these cancer-associated mutations. We plan to determine whether such mechanisms are at play in BPDCN, and specifically which genes are involved. Normal pDCs have a finite lifespan and naturally die through a normal process called apoptosis. There is evidence that pDCs in men are less likely to die when exposed to cell death signals, which might increase their potential to acquire cancer-causing mutations. We will directly test if altered survival regulation is more often seen in normal pDCs in males using our mouse models as well as in a male-specific BPDCN cell line. Understanding these mechanisms in the normal cells that may give rise to BPDCN will better our understanding of BPDCN and may help identify therapeutic strategies. Furthermore, our findings might also provide new therapeutic strategies to test in other blood cancers, including the possibility that males and females with the same cancer might benefit from different treatments.