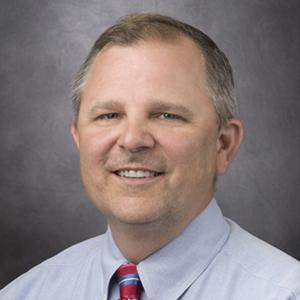 The most aggressive forms of DLBCL are marked by alterations that result in MYC and BCL2/6 activation. In cases without genetic alterations at these loci, the mechanisms underpinning their overexpression remains largely unknown. Herein, we will examine how a putative driver of DLBCL (hnRNP K) impacts disease progression through its direct regulation of these critical oncogenes and evaluate treatment responses using clinical samples and animal models for this high-risk DLBCL patient population.

Diffuse large B-cell lymphoma (DLBCL) is the most commonly diagnosed form of lymphoma. However, many patients cannot be cured with standard therapy, indicating we do not fully understand the pathogenesis of this disease and that new therapies are needed. While some patients are difficult to treat due to well-known genetic alteration, there is a large subset of patients that fail therapy due to unknown reasons. Thus, there is a great need to identify novel genetic alterations that impact DLBCL so that we can develop more effective treatments. To this end, we examined samples from patients with de novo DLBCL and observed that overexpression of a gene called hnRNP K correlated with poor prognoses and dismal survival. The hnRNP K protein is thought to regulate the expression of oncogenes critical to lymphomageneis. To directly determine whether hnRNP K overexpression contributes to lymphoma progression, we generated a mouse model that overexpresses hnRNP K in lymphoid cells. These mice (E-Hnrnpk) developed B-cell neoplasms through its regulation of critical oncogenes, suggesting that hnRNP K overexpression may be a novel oncogene in lymphomagenesis. Based on these preliminary data, we hypothesize that hnRNP K overexpression is responsible for poor outcomes and treatment resistance in DLBCL, and that therapeutic blocking its downstream targets will improve the outcomes of these high-risk DLBCL patients. The objectives of this application are to assess the role of the hnRNP K overexpression in DLBCL and develop treatment strategies for these patients that do not harbor adverse genomic features. Using patient samples and in vivo and in vitro approaches, we will 1) determine the impact that hnRNP K expression has on treatment responses and survival using de novo and recurrent/relapsed DLBCL patient samples; 2) evaluate the mechanisms by which hnRNP K overexpression directly regulates critical oncogenes, influences cell growth and survival programs, and identify the most effective targeted and novel combinational therapies; 3) determine the in vivo efficacy of novel Myc- and BCL-inhibitors; and 4) identify novel compounds that disrupt the interactions between hnRNP K and critical oncogenic transcripts using biochemical assays. This research will enhance our understanding of hnRNP K’s role in both de novo and relapsed/refractory DLBCL, develop hnRNP K as a novel clinical biomarker for risk stratification, and provide the rationale for clinical trials using targeted therapies for patients with high-risk DLBCL.