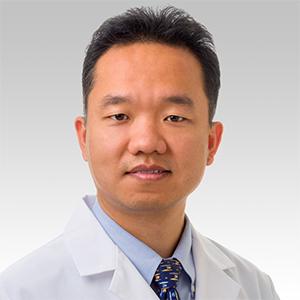 Current therapy for MPNs remains suboptimal with ongoing risks for thrombosis. Newer drug such as JAK inhibitor has toxicity and is not curative. New targeted therapy with less side effects is urgently needed in the field. This project focuses on the inhibitors of Plek2, a novel target of MPNs. We have identified lead compounds of Plek2 through screening and medicinal chemistry. We propose to further study the mechanisms of action of the inhibitors and perform in vivo studies using MPN models.

Myeloproliferative neoplasms (MPNs) are a group of bone marrow diseases with excessive production of blood cells and increased risk of evolving to acute leukemia. Patients with MPNs also show significantly increased risk of developing blood clotting that often leads to morbidity and mortality. Current therapies on MPNs are not curative. In addition, patients often encounter drug resistance and significant side effects. Therefore, new therapeutic strategies are urgently needed. Our proposed study focuses on a novel target that plays an important role in the disease development of MPNs and their associated blood clotting. We have identified lead compounds of small molecule inhibitors of this novel target using high-throughput screenings and medicinal chemistry. These compounds showed effective inhibitory functions in cell based assays and animal experiments modeling MPNs. We propose to further determine the mechanisms of actions of these compounds in cell based assays. We will also test the lead compounds in pre-clinical MPN mouse models and patient samples. Successful completion of this project will lay the foundation for clinical trials of these novel inhibitors as single agents or in combination with other compounds to treat patients with MPNs and their associated blood clotting.