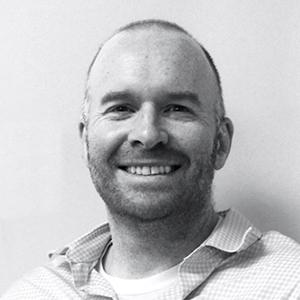 We study the mechanisms of clonal hematopoiesis (CH), a process by which mutations provide hematopoietic stem cells (HSCs) with a fitness advantage. CH can precede the development of blood cancer. We use cutting-edge techniques to understand the effects of these mutations on HSC behavior. Our long-term goal is to identify ways to inhibit the growth of these mutant HSCs while sparing normal HSCs in people with CH. This may someday provide a blood cancer prevention method by eliminating the cells which carry the initial cancer-driving mutations.

Hematopoietic stem cells (HSCs) live in the bone marrow and are responsible for life-long regeneration of the blood system and are characterized by the ability to self-renew. As we age, HSCs acquire genetic mutations, some of which provide a growth advantage. Many mutations which provide HSCs with this abnormal growth are also driving forces for development of blood cancers, including those in the genes DNMT3A and TET2. These proteins regulate the epigenetic mark of DNA methylation, modifying its properties, resulting in altered gene regulation. Mutations in these genes enhance self-renewal in HSCs, leading to an over-production of these cells in the bone marrow, a condition called clonal hematopoiesis of indeterminate potential (CHIP). Approximately 80% of people over the age of 50 have at least one HSC with a DNMT3A or TET2 mutation. People with CHIP have a slightly increased incidence of developing blood cancer. But this observation presents a curious paradox; if CHIP is near ubiquitous in the aging population, and DNMT3A and TET2 are associated with blood cancer, why does the overall incidence of blood cancer remain relatively low? As the average age of the population continues to increase, this dilemma will become increasingly important, and it presents two major unresolved questions in hematology research which form the basis of my research; A) Are there specific genes and pathways that are required for the expansion of the mutant HSCs? B) What factors promote cancer progression in individuals with CHIP? We will identify other genes specifically required for clonal expansion of HSCs with mutations in DNMT3A and TET2. We will use genome engineering technology to identify genes which sustain the growth of the mutant HSCs, but not normal HSCs. The goal is to find targets we can inhibit to prevent the mutant HSCs from accumulating in the bone marrow, while leaving the function of normal HSCs unharmed. We will also investigate how environmental changes in the aging bone marrow preferentially support the growth of mutant HSCs. We will determine how different molecules secreted from cells in to the bone marrow environment stimulate mutant HSCs and analyze the effects in individual HSCs using a variety of cutting-edge techniques. The long-term goal of this work is to define how these mutations allow the HSCs to grow better, such that we can identify methods to impede their expansion. This would act as a method of cancer prevention by reducing the chance of one of these mutant cells ever evolving to blood cancer.