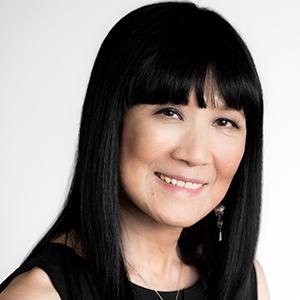 Overview Title: Longitudinal functional genomics in mantle cell lymphoma therapy and drug resistance Weill Cornell Medicine and Ohio State University PI: Selina Chen-Kiang, Ph.D. co-PI: Peter Martin, M.D. Despite the plethora of therapies available for mantle cell lymphoma (MCL), it remains incurable due to the development of drug resistance. Moreover, each successive treatment failure is associated with a more rapidly proliferating disease and fewer practical treatment options. For example, the BTK inhibitor (BTKi) ibrutinib has unprecedented activity but failure is virtually universal and is associated with dismal outcomes. Understanding the genomic basis and mechanisms for drug resistance in MCL is therefore urgently needed. Our goal is to develop superior therapies for MCL that are practical, well tolerated and amenable to patient stratification, by defining the genomic and the molecular and immunological mechanisms for drug resistance in the context of rationally designed clinical trials with targeted agents. Targeting the cell cycle represents a rational approach to MCL therapy, as dysregulation of CDK4 and aberrant cyclin D1 expression underlie unrestrained proliferation in disease progression. We have demonstrated that induction of prolonged early G1 arrest (pG1) by inhibiting CDK4 with palbociclib not only prevented proliferation of primary MCL cells but also reprogrammed them for killing by clinically relevant targeting agents including ibrutinib and PI3K inhibitors (PI3Ki)s. By longitudinal functional genomics of serial biopsies from MCL patients treated with either palbociclib or ibrutinib we discovered a close association of clinical response with inactivation of PI3K and activation of the tumor suppressor transcription factor FOXO1. Moreover, chromatin remodeling appeared to be the proximal event that reprograms MCL cells in response to CDK4 inhibition. Collectively, our findings suggest that through regulation of PI3K and FOXO1 and the epigenome, induction of pG1 by CDK4 inhibition reprograms MCL for a deeper and more durable clinical response to BTKi and PI3Ki. Supporting this hypothesis, in our phase 1 clinical trial of palbociclib + ibrutinib (PALIBR) in recurrent MCL (N=27) the overall response rate was 67% with 43% complete responses. The responses were rapid and durable; only 2 responding patients have progressed in the 32 months since the trial opened. To further accelerate the development of targeted MCL therapies, we have developed a novel inhibitor for protein arginine methyl transferase 5 (PRMT5), which is dysregulated in MCL and many other human cancers. Inhibition of PRMT5 reverses PRMT5 catalyzed epigenetic marks, restores regulatory pathways and enhances survival of preclinical models of MCL and kills ibrutinib-resistant primary MCL cells. Building on these novel findings and capitalizing on the upcoming multi-center phase 2 PALIBR in recurrent MCL, we propose to investigate drug resistance and develop new strategies that circumvent drug resistance in three integrated projects. Project 1: Development of rational treatment strategies for new and recurrent MCL (PI: Peter Martin, M.D.; co-PI: Jia Ruan, M.D., Ph.D., and Kami Maddocks, M.D.). We aim to develop regimens that can be targeted to the appropriate patient subset, are well tolerated, and can be administered in the community. We will conduct a multicenter feasibility trial of lenalidomide + rituximab (R2)+ durvalumab in untreated MCL with real-time monitoring of MRD. We will explore whether durvalumab can overcome immune-mediated resistance to R2 and whether using MRD to modify therapy improves tolerability and practicality without compromising efficacy. We will also conduct a multicenter phase 2 trial of PALIBR in previously treated MCL to better define patients most likely to benefit from this therapy while providing information on mechanisms of resistance in collaboration with Project 2 and 3. Project 2: Functional genomics and mechanism of drug resistance in MCL (PI: Selina Chen-Kiang, Ph.D.; co-PI: Olivier Elemento, Ph.D., and Lewis Cantley, Ph.D.) The clinical response from the phase 1 clinical trial of PALIBR supports our hypothesis that induction of pG1 by CDK4 inhibition reprograms MCL for a deeper and more durable clinical response. To understand the underlying mechanism, we aim to identify the genomic resistance biomarkers by longitudinal functional genomics in the context of the clinical response to PALIBR in the phase 2 clinical trial in collaboration with Project 1. We will further elucidate the mechanism of pG1 reprograming for ibrutinib vulnerability, and target the therapy vulnerability conferred by the genomic resistance biomarkers discovered in this study, such as targeting PRMT5 in collaboration with Project 3. Project 3: Targeting the epigenome in MCL (PI: Jihye Paik, Ph.D., co-PI: Robert Baiocchi, M.D., Ph.D.). Based on our collective evidence, we hypothesize that dysregulation of PRMT5 and FOXO1 causes epigenetic and gene expression changes promoting MCL proliferation and survival. Thus, targeting PRMT5-regulated epigenome may restore FOXO1-mediated cytotoxic gene expression and induce MCL killing. Our goal is to characterize the epigenetic recruitment of PRMT5 and FOXO1 for mechanism-based targeting of MCL epigenome. We aim to identify direct targets of PRMT5 necessary for MCL proliferation and survival, and to define the role of FOXO1 in killing of MCL cells by targeting the epigenome, in collaboration with Projects 1 and 2. These innovative studies are supported by the Administrative Core, Pathology Core and Genomics, Bioinformatics & Biostatistics Core (organization table appended). In addition, WCM has pledged a match of 1.7 million for the proposed studies as indicated in the letters from Drs. Augustine Choi, Dean of WCM, John Leonard, Interim Chairman of Medicine and Lewis Cantley, Director of the Meyer Cancer Center (appended).

Despite recent therapeutic advances, mantle cell lymphoma (MCL) remains incurable due to its development of drug resistance. With each successive treatment failure comes a more rapidly proliferating disease and fewer treatment options. Our long-term goal is to develop superior therapies for MCL that are effective, well tolerated, durable, and can be individualized for patient treatment. The immediate objectives of our study are (1) to define the genomic basis and molecular mechanisms for drug resistance in MCL via clinical trials of targeted agents and (2) to develop strategies that overcome drug resistance. Our approach goes from the laboratory bench to the patient bedside and back, leveraging our unique blend of scientific and clinical expertise, state-of-the-art technology and reagents developed at Weill Cornell Medicine and Ohio State University. Before a healthy cell divides, it undergoes an orderly series of events that are governed by special regulatory proteins. In MCL cells, these proteins malfunction, leading to uncontrolled cell proliferation, which ultimately underlies drug resistance and disease progression. Our previous efforts to target one of these regulatory proteins in blood cancers paved the way for FDA approval of palbociclib, a novel drug for cancer treatment. In a separate effort to overcome drug resistance in MCL, we created a novel inhibitor of an enzyme that is dysregulated in many cancers, including MCL. Inhibiting this enzyme restores regulatory pathways and kills some resistant primary MCL cells. The planned project will build on these novel findings and employ three different approaches to develop new therapeutic strategies. Project 1: To develop rational treatment strategies for new and recurrent MCL (Peter Martin, Kami Maddocks, Jia Ruan, John Leonard). We aim to develop regimens that are well tolerated and suited to patient stratification. To accomplish this goal, we will conduct a multicenter phase II clinical trial (the PALIBR trial) to define subgroups most likely to benefit from a combination of palocicilib with another key drug, ibrutinib. Results from this study, along with those from Projects 2 and 3, should reveal the mechanisms of drug resistance. We will also explore whether additional strategies can overcome immune-mediated resistance to certain drug combinations. Project 2: To discover the genomic basis and mechanisms for drug resistance in MCL (Selina Chen-Kiang, Lewis Cantley, Olivier Elemento). Results from our phase I PALIBR trial support our hypothesis that altering the cell cycle leads to reprogramming MCL for a deeper, more durable clinical response. By studying the MCL genomes of individual patients in the phase II PALIBR trial over time together with Project 1, we will identify the mutations associated with drug-resistance. Project 3: To target the epigenome in MCL (Jihye Paik and Robert Baiocchi). Our preliminary evidence suggests that non-genomic chromosomal changes (alterations of the “epigenome”) in MCL promote MCL proliferation and survival. Targeting epigenomic activities using our novel inhibitor may therefore circumvent drug resistance and reveal new therapeutic targets. We will thus characterize epigenomic mechanisms in MCL cells, in collaboration with investigators from Projects 1 and 2. These innovative and timely projects will be supported by the Administrative Core and the extensive expertise of our Pathology Core (Giorgio Inghirami) and Genomics, Bioinformatics & Biostatistics Core (Olivier Elemento, Christopher Mason and Karla Ballman). We expect that the proposed study will shed new light on the genomic basis and mechanisms for drug resistance in MCL, discover novel resistance biomarkers and develop individualized therapies that overcome drug resistance in MCL – all of which have profound implications for the treatment of other blood cancers.