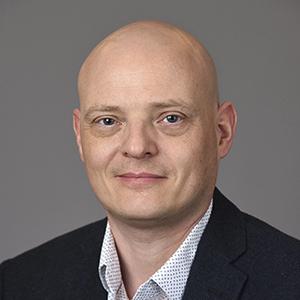 Past studies of protein-coding regions have extensively characterized the genome of multiple myeloma (MM), but there has been little information on the prognostic impact of non-coding variants that may affect gene expression and regulation. Using a well-defined set of patient samples at different stages of disease progression we will define non-coding mutational hotspots in MM that contribute to progression and poor prognosis, identifying novel targets for alternative treatment strategies.

Multiple myeloma (MM) accounts for 1.8% of all new cancer cases annually, with an estimated 30,770 new cases in the U.S. in 2018. Outcome for patients is improving but only 50.7% survive past 5 years from diagnosis. The genomic background of the tumor significantly contributes to patient outcome, where prognosis is associated with genomic changes that are acquired in the tumor. Most of the analysis of the MM genome has been performed on the regions that encode proteins that make up the functional components of the cell. However, the non-coding regions make up 98% of the MM genome and have not been studied in as much detail. These non-coding regions contain genes that are not translated into proteins but can be functionally relevant as well as regions that regulate expression of genes. Therefore, these non-coding regions could contain important changes that contribute to MM progression and prognosis. We have performed whole genome sequencing (WGS) on 98 MM patients and identified non-coding regions that are enriched for mutations, called mutational hotspots. These mutations are present in regions that could regulate gene expression. Our preliminary data has identified 1,818 regions of mutational hotspots that support the scientific premise of this study, and will be further defined using large sample datasets and functional assays. We will determine how these mutational hotspots contribute to MM disease progression and patient prognosis using a set of patient samples from the pre-malignant conditions monoclonal gammopathy of undetermined significance (MGUS) and smoldering MM (SMM). We will determine if the mutational hotspots are present in MGUS and SMM patient samples and compare the frequencies at which they are present to a set of MM patient samples. We will look for mutational hotspots with significantly different frequencies between MGUS/SMM and MM which will identify hotspots that are enriched through disease progression. We will also determine if the presence of non-coding mutations is associated with a shorter time to progression from MGUS/SMM to MM. Using a large set of MM patient samples we will also determine if the non-coding mutations are associated with poor prognosis. This will lead to the identification of potential new therapeutic targets that could be relevant to both myeloma treatment and in the studies of other hematological and solid malignancies where non-coding mutations are increasingly found.