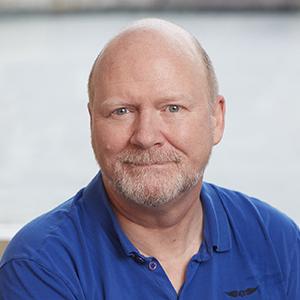 This project will generate optimized single-chain antibodies (nanobodies) against HVEM and BTLA, two cell receptors that are misregulated in ~75% of follicular lymphomas. We will select for nanobodies that inhibit lymphoma tumor growth through restoration of HVEM or BTLA activity. We will further engineer lymphoma-targeted CAR-T cells, which have shown anti-tumor activity in other malignancies, to secrete these anti-HVEM or anti-BTLA nanobodies, in an alternative combination therapy approach.

The surface of cancerous cells in tumors often differs from that of normal cells, and exploiting interactions specific to these differences provides unique opportunities for anti-tumor drug therapy. BTLA is a regulatory protein found on the surface of certain white blood cells. HVEM is another cell surface protein that binds BTLA, and the interaction between the two serves as a signal that inhibits cell division. We have recently reported that HVEM and BTLA are targets of mutations or dysregulation in approximately 75% of Follicular Lymphomas. Disruption of HVEM or BTLA disrupts their normal signaling functions, leading to uncontrolled cell proliferation and tumor growth. To address these disruptions of HVEM and BTLA function, we propose to develop new antibody drugs that will replace the function of the defective HVEM or BTLA protein. Our approach will take advantage of a unique type of antibody produced only in camel or llama-related species. While most antibodies produced by the immune system are made up of two proteins from two separate genes, llamas and camels also make antibodies consisting of only a single protein. These antibodies are still able to bind very tightly to their targets, but are much better suited to use and manipulation as pharmaceutical or research tools. We have developed a new pipeline that is able to efficiently generate large numbers of synthetic derivatives of llama antibodies. Due to the unique nature of llamas’ single-protein antibodies, these derivatives, also termed nanobodies, have a number of advantages over typical antibodies used in medicine or research. They are about 10 times smaller, can be produced much more easily and consistently, are more stable, and are easier to modify for particular applications. We will thus generate a suite of nanobodies designed to replace the function of BTLA and HVEM in cells lacking functional copies of these key proteins in lymphomas. These nanobodies will act by binding to sites on BTLA or HVEM normally targeted in healthy cells to prevent cell proliferation. To further increase the effectiveness of these nanobodies and to best deliver them to lymphomas in patients, we will also combine them with CAR-T cell technology. CAR-T cells are immune cells that are engineered to move to and kill a particular type of abnormal cell. CAR-T cells have been developed that target certain kinds of lymphomas. To maximize anti-tumor activity, we will further modify these cells to release our BTLA/HVEM-targeted nanobodies, allowing for a “two-strike” therapy combining the effects of nanobody drugs and CAR-T cells to stop the growth of and ultimately kill cancer cells. Nanobodies are particularly suited to this approach given their small size and the ease of production and secretion in systems like CAR-T cells.