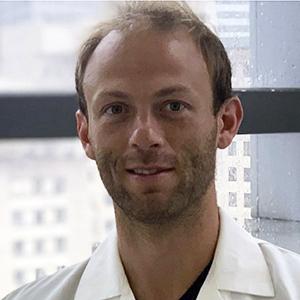 This proposal aims to understand the molecular mechanisms underlying response to AZA therapy in MDS, as a basis for developing more effective therapies. A ribonucleotide, AZA’s effects on RNA remain unknown. Here, we will investigate the impact of in vivo AZA therapy on RNA alternative splicing and DNA demethylation in MDS patients. Secondly, we will investigate whether AZA treatment exposes neoepitopes in the dysplastic cells of patients, which could be exploited for cancer immunotherapy in MDS

The Epstein Barr Virus (EBV) is one of the most prolific viruses in humans, having established lifelong infections in nearly the entire world’s population. One way that EBV increases its presence in an infected individual is by promoting replication of the cells it resides in. This viral pressure on the growth of infected cells can lead to various types of cancer, including Hodgkin’s lymphoma, diffuse large B cell lymphoma, NK/T cell lymphoma, and Burkitt’s lymphoma. Most viruses can be cleared by an immune response to viral proteins that are produced upon infection. In contrast, EBV is able to persist in the infected person indefinitely by producing a type of functional biomaterial known as “non-coding RNA” that can alter cell regulatory pathways without generating an immune response. One form of non-coding RNA are “microRNAs,” which are particularly impactful due to their ability to each effectively suppress the production of a specific set of genes. Normally, microRNAs, named for their minute size, are synthesized by healthy human cells to maintain metabolic equilibrium. Our preliminary data shows that EBV overwhelms this equilibrium by introducing a large assemblage of its own unique microRNAs, in effect, interfering with the production of the normal cell microRNAs and their ability to keep cell growth in check. We hypothesize that this is a critical viral strategy through which EBV stimulates the continued survival and replication of the underlying infected cell. We further hypothesize that this is a key mechanism driving the progression of EBV-associated cancers. Together, our investigations will reveal new concepts for how microRNAs can impact cell signaling and how these signaling alterations can remodel the cell entirely. Moreover, these studies will provide mechanistic observations into how EBV contributes to cancer with an aim towards identifying novel vulnerabilities of EBV-associated tumors. These insights can then be leveraged for future development of therapeutic strategies.