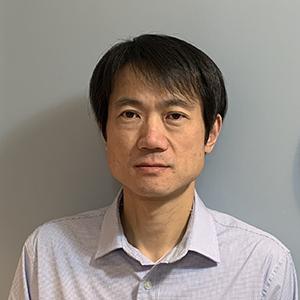 We study how a protein called Dpy30 controls blood cancers by regulating chromatin, the physical structure where our genes reside. We study how this protein controls addition of a specific chemical group onto chromatin, thereby regulating expression of genes for leukemia in cells and animals. We are also developing chemicals to inhibit Dpy30’s activity in leukemia. We hope to better understand the role of Dpy30 in leukemia and identify Dyp30-inhibiting chemicals for leukemia treatment.

In general, current cancer treatment faces two major challenges: (1) how to selectively kill the cancerous cells but spare the healthy cells in the body and (2) how to deal with cancer relapse in many patients. A major mechanism of relapse is the existence of cancer stem cells, which are capable of regenerating new cancer cells. Most cytotoxic drugs are not good at discriminating cancer versus healthy cells or inhibiting cancer stem cells. This project aims to achieve a mechanistic understanding of targeting a key protein in selectively inhibiting Mixed Lineage Leukemia (MLL), especially in cancer stem cells. MLL is caused by an aberrant genetic event that subsequently activates abnormal expression of many tumorigenic genes. To make a successful cancer cell, many cellular processes must be altered, including the way a cell produces and utilizes energy that the body takes in from food. Gene expression in cells is often tightly controlled by the chemical modifications of chromatin, the physical structure where all of our genes reside. Therefore, proteins that carry out chromatin modifications play crucial roles in cancer initiation, progress, and relapse. Our project focuses on such a protein called Dpy30 that modifies chromatin to control the expression of many genes. We have shown that blood cancer cells purposefully promote the production of Dpy30 to help cancer formation, and cancer cells are suppressed when we artificially reduce the production of this protein. Importantly, normal cells are largely tolerant of a reduction of this protein. This provides a rationale to target this protein to selectively inhibit cancer but not healthy cells. This project will dissect the molecular mechanisms by which Dpy30 selectively regulates chromatin and gene expression in leukemia stem cells in an animal model that recapitulates human MLL, including relapse. We are also studying the role of Dpy30 on overall cellular metabolism as well as its role in the DNA damage response, which the cell uses to correct errors in the DNA and which can be altered in cancer cells. We are also identifying Dpy30 inhibitors that may be developed as a new therapy for MLL. We hope to gain a better understanding of the role of Dpy30 in MLL, with a major goal of identifying compounds that inhibit Dyp30 that may be developed into drugs useful for the treatment of this disease.