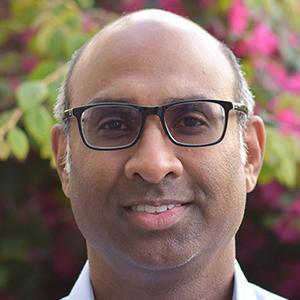 Board of Trustees of the Leland Stanford Junior University

It has been demonstrated that most cases of AML are associated with mutations in multiple genes. Dr. Majeti's studies will provide novel insights into the genetic events and other factors such as the microenvironment that affect in the development of myeloid malignancies, particularly AML. This study will have significant implications for the prevention and treatment of myeloid malignancies, particularly AML.

Acute myeloid leukemia (AML) is an aggressive cancer of the bone marrow affecting more than 20,000 adults annually in the United States. Even with aggressive chemotherapy and/or bone marrow transplantation, five-year overall survival is between 30-40%. Sequencing studies have demonstrated that most cases of AML are associated with mutations in multiple genes. Previous studies demonstrated that these mutations initially occur in blood stem cells (HSCs), identifying pre-leukemic HSCs (pHSCs) bearing pre-leukemic mutations. These pre-leukemic mutations are found in genes that regulate gene expression, and the pre-leukemic cells acquire additional mutations, often in genes involved in cell expansion, leading to AML. Stratification of a cohort of AML patients into high or low pHSC groups demonstrated that the high group had much worse overall and relapse-free survival, indicating that the presence of pHSCs may be critical for patient outcomes. A parallel line of sequencing studies investigated the presence of these mutations in the blood of individuals with no history of blood disease, a condition termed clonal hematopoiesis (CH). CH was found to be associated with an increased risk of development of blood cancer. These studies essentially identified pre-leukemic mutations, and presumably pre-leukemic HSCs, in a large portion of the general population, yet progression to AML occurred infrequently. These studies provide novel and significant insights into the events that occur in the development of AML. However, they also raise a number of new detailed questions with significant implications for disease biology, prevention, and treatment. Are pHSCs and pre-leukemic mutations therapeutic targets in AML? Can these pHSCs be targeted with mutation-specific therapies? Why is there a typical order of events with mutations in gene expression regulators occurring first in pHSCs? Is progression of pHSCs and evolution into AML simply the result of rare co-occurrence of additional mutations? Are there other contributions to pHSC progression? This proposal aims to investigate the progression of pre-leukemic and/or CH-associated HSCs to AML based on the observation that such progression occurs in the minority of individuals. In particular, we hypothesize that both cell intrinsic and bone marrow environmental mechanisms contribute to this progression. This hypothesis will be investigated through specific aims designed to determine the effect of pre-leukemic mutations on HSC therapy responses, to investigate the progression of pHSCs into AML through cell intrinsic mechanisms, and to investigate the contribution of cell extrinsic mechanisms to the progression of pHSCs. Ultimately, we propose that pre-leukemic HSCs contribute significantly to disease and represent a critical cellular target for the development of curative therapies.

This Discovery award is sponsored through a partnership between LLS, the Mark Foundation for Cancer Research and The Paul G. Allen Frontiers Group.