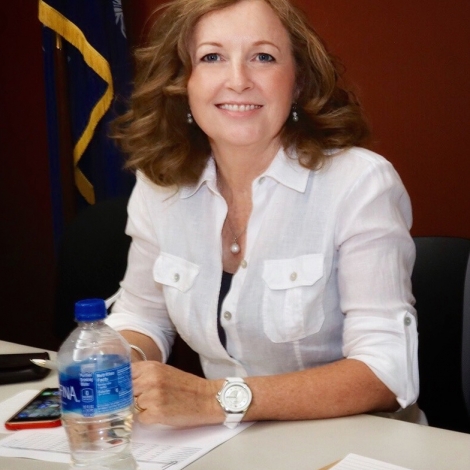 After being diagnosed with indolent Follicular non-Hodgkins lymphoma (NHL) in 1999, I set off on a course of “Watch and Wait” for two years. This was followed by an idiotype vaccine trial and immunotherapy resulting in some clinical success, but with short-lived remissions.

In 2008, about nine years post diagnosis, I underwent my first R-CHOP chemotherapy. Although I achieved a complete remission with six rounds, my lymphoma was back five months after completion. For the next six years, I continued participating in clinical trials including immunotherapies, immune modulators and check point inhibitors. My disease would often respond or remain stable with treatments. However, it was persistent and eventually would progress.

Chasing the research for novel treatments had me traveling between the two coasts from the University of Pennsylvania to Stanford University in California. Left anemic with heavy fatigue and dealing with numerous side effects, I needed a different kind of treatment. A treatment that would hit the lymphoma hard and offer hope for a sustained remission from a very difficult to treat disease.

In 2014, I enrolled in Novartis’s CAR T-19 experimental gene therapy trial at the University of Pennsylvania. My T-cells were collected and genetically modified to recognize and attack my lymphoma using an HIV vector. Once engineered, I underwent a round of Bendamustine chemotherapy followed a week later with the injection of my new super T-Cells. This therapy at the time, and still today, is a high risk treatment. For me, the need outweighed the risks as my options for continued treatment were very limited.

I was struggling with side effects of a very advanced disease. Immediately following the injection of the engineered T-cells, I developed a high fever and was placed in the ICU. In my time in the ICU, I suffered severe Cytokine Release Syndrome (CRS) similar to a cytokine storm. My reaction was intense and left me very vulnerable fighting for my life with complications of respiratory and kidney failure.

After a lengthy and prolonged critical stay in the ICU for several weeks, I went to a rehab facility to recover. Despite the intense fight I had to endure, the CAR T-19 Engineered T-cells were prolific and successfully eradicated the lymphoma from my body. I am fortunate to have been given access to and benefitted from CAR T-19, a new and proving very promising treatment.

At 21 years from my NHL diagnosis, under the care of a top-notch medical team, I continue to enjoy a 6-plus year remission post CART-19 therapy. The medical advancements with targeted cancer treatments offers great hope to all patients for living longer with better quality of life and ultimately for the possibility of a cure. I am living the good life and see only blue sky on the horizon.