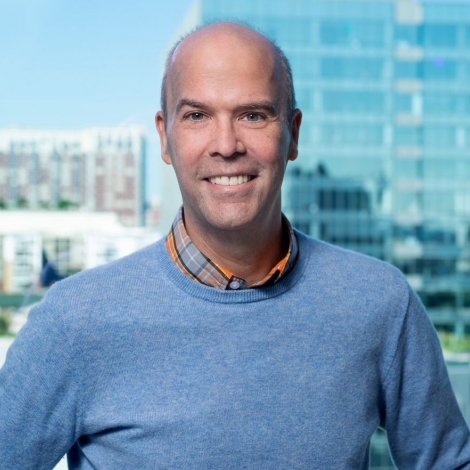 In July of 2017, I had what I thought was a lingering summer cold. After several days of feeling terribly fatigued, I started noticing my gums were tender and bleeding. I also noticed red spots appearing across my face and chest. That's when I went to my primary care doctor and he advised me to go to the emergency room. The look on his face told me he suspected something serious. At the ER, I had a complete blood count workup, and soon after the attending doctors confirmed that I had acute myeloid leukemia. I was oddly calm about hearing the diagnosis and just wanted to know how soon we could start treatment. I would start chemotherapy the next day and would be in the hospital for a month.

Fortunately, I responded well to the induction round of chemo and was released from the hospital after 27 days. Each of my follow up bone marrow biopsies came back negative. I went through three more rounds of consolidation chemo in the fall. My doctors advised me because I had a FLT3 chromosomal variant, a stem cell transplant would likely be my best option for a permanent cure. It seemed like a very drastic measure and I had some hesitation, but after weighing the odds, I decided I needed to do that to give me the best odds of long term survival. With that decided, I had one last round of chemo, ablative chemo to destroy all my own bone marrow in preparation for the transplant.

On November 15th, 2017, I received a stem cell transplant. My donor was what the medical terminology sometimes calls a MUD, matched unrelated donor, found via the Be The Match registry. He was a perfect HLA 10/10 match and also the same blood type as me. After one year, we were able to make contact with each other and have gotten to know each other well since then. The stem cell transplant was challenging in many ways, but it was undoubtedly the right move. I was told I would have to come to the clinic for at least 100 days after the stem cell transplant for monitoring my blood counts. The road to recovery seemed to be lengthy, but I just kept telling myself, "This is all temporary".

For the first 30 days, my visits to the Vanderbilt stem cell clinic were daily. Once I began improving some, they went to every other day, then twice a week. I spent much of my time in bed for that first 30 days, resting and healing. I'd never felt so low on energy. I had a return trip to the hospital over Thanksgiving when I developed mouth sores so severe I was unable to swallow my pills. But slowly as the days passed, my blood counts came up and I started feeling a bit more of my normal self. I could almost feel the process of healing and recovery day by day.

On February 23, 2018, I finished active treatment and had my central line catheter removed. During the consolidation rounds of chemo, one of the clinic nurses told me many patients can expect to be out of work for a full year. In July 2019, two years after diagnosis, my doctor at the clinic told me, "At this point, you're basically cured". I have been very fortunate throughout my treatment and recovery. I've had no lasting damage from the disease or the treatment. In many ways, I am healthier today than before my diagnosis. Life has fully returned to normal and it feels good to have this all in the rear view mirror.