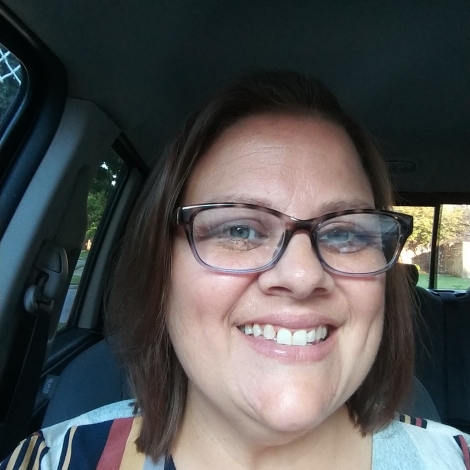 My name is Sarah and I am a six-year Hodgkin’s lymphoma survivor. I’m extremely honored to not only be in attendance today but to also share my story. My world came crashing down July 2013. Like so many other patients, I had been diagnosed with frequent upper respiratory infections, asthma, bronchitis, pneumonia, and pleurisy prior to my diagnosis. I just so happened to discover a “swollen” area on my left collar bone one morning at work. It didn’t hurt, and it was kind of soft. It caught me off guard, so I made an appointment with my PCP. I was fortunate to work with my PCP which made my appointment quick.

One week went by, and the area had grown significantly. I walked straight to his office and said that we need the CT ordered. The CT results showed two areas that were consistent with lymphoma; one on my collar bone and a very large area in my mediastinum (chest cavity). I was referred for biopsy of lymph nodes from my chest, and it was determined to be classical nodular sclerosing Hodgkin’s lymphoma.

After meeting with my oncology team, the game plan was 12 rounds of ABVD and 17 radiation treatments. I had a clean bone marrow biopsy, but my PET scan showed an additional tumor that had fractured my sacrum. This meant I was at stage 4 with tumors on my collar bone, sacrum, and a bulky tumor in my chest cavity. I went into my first chemo treatment with the mindset that I was invincible and that I was going to kick cancer’s butt! However, I had a complete meltdown when Liz (one of my amazing nurses) explained the Adriamycin had to be pushed through my port via syringe instead of through the IV because it would eat my tissue if it leaked out of the port. Seeing that red syringe made me sick to my stomach every time, and I dreaded eating ice chips to keep mouth sores at bay.

My port misbehaved quite often; flipping sideways and clotting up. I had a love/hate relationship with that port! Almost two weeks after starting treatment, my hair started falling out. I’m thankful I had cut my hair short before I started treatment because the amount of clumps I would wake up to was devastating enough. I was in tears and made my husband shave my head. Losing my hair was hard but paled in comparison to the nausea, vomiting, and bone pain from Neulasta shots.

Just as I would start to feel better, it would be time to go back. This cycle repeated itself until January 29, 2014; my last day for chemo. I then graduated to radiation treatments. I received 17 treatments to my lower back/pelvic area. My radiation oncologist advised against radiating my chest because the risk of secondary cancers like breast cancer. My radiation tech and I would sing Another One Bites the Dust by Queen after each treatment which made things a little easier.

My last radiation treatment was March 5, 2014, and I was a PRO at ringing the coveted bell! Although I have had a few scares over the last five years, I am truly blessed to say that I am still cancer free. October 2014 was my first Light The Night Walk, and it was magical. My husband and two daughters accompanied me. We had faces painted, met other survivors and their families and families of those taken by this ugly disease. I am super excited to join the LLS Executive Challenge this year!